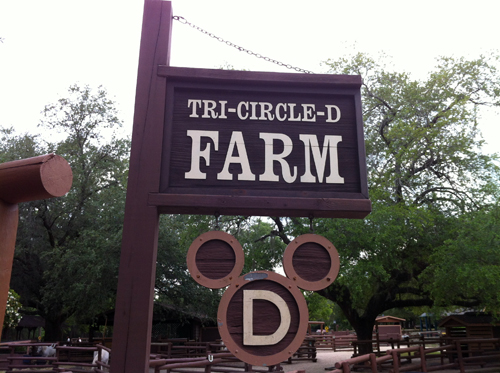 Fort Wilderness has a lot to offer guests in the way of recreational activities including pools, bike rentals, Cub’s Den, Chip ‘n’ Dale’s Campfire Sing-A-Long, archery, and more. There are two special attractions at Fort Wilderness, though, that you can’t miss.

Tri-Circle-D Ranch houses the horses that pull the trolleys and wagons all over Disney Property. There are two sections of the ranch that guests can enjoy: an area near the Fort and one near Pioneer Hall.

The area near the Fort offers guided horseback tours to any guest over 9 years of age on which riders can see deer, ducks, armadillos, and rabbits. The cost is currently about $46 for a 45-minute trail ride.

The area of the ranch near Pioneer Hall allows younger children to experience the horses. They can experience a 25-minute pony ride and a petting zoo, and see the horses up close in the stables.

Before you leave the stables, don’t forget to stop by the small room on the right of the barn, which is easy to miss if you’re not looking for it. In this room are pieces of memorabilia only rivaled by One Man’s Dream in Hollywood Studios. Guests will find photos of Walt with horses, dressed as a cowboy, and other photos showing how much Walt loved horses.

Did you know that in addition to trains and cars, Walt Disney also loved horses? He lived in farm country as a child and played polo in his Hollywood days. Later, he went on horseback camping excursions with the likes of Bob Hope, Clark Gable, and Ronald Reagan. When he decided to start construction on Disneyland, he naturally wanted to include horses and allow guests to experience this passion of his, but he later realized that this could be dangerous since the horses occasionally nipped guests.

In order to achieve his goals, he hired horse trainer, Owen Pope and his wife Dolly in 1951. The Popes moved to an area in Disneyland that would later become Fantasyland, and they are the only people to have ever lived on Disneyland property. Before Walt Disney World opened, Disney moved the Popes to Florida to train the horses at Tri-Circle-D Ranch, and the Popes lived on property while working for Disney until they retired in 1975. 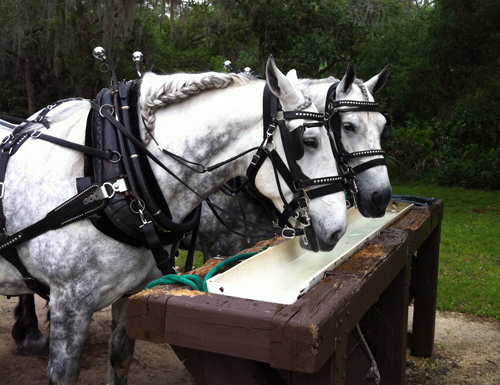 The horses you see at the stable are the same horses you’ll see pulling trolleys and wagons in Disney World Parks.

When Disney World opened in 1971, the area was relatively small and undeveloped. This meant that there were few activities for guests to experience after the parks closed at night. Instead, guests were traveling off property and spending their money elsewhere for entertainment.

In order to keep guests on property at night, Disney Executives decided to set up a dinner show. This fun, upbeat, positive, and sometimes down right corny show mixing Vaudeville and Old-West opened in 1974 as a three-month experiment. The actors were primarily college students on summer break, and even the actors didn’t expect the show to gain popularity much less last beyond the summer. 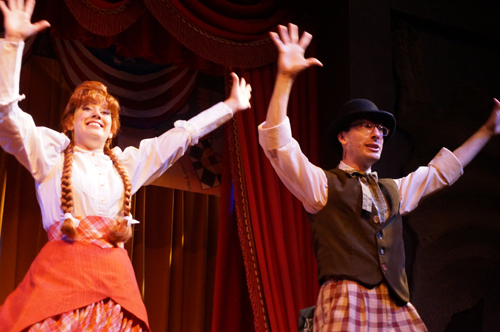 Hoop-Dee-Doo Musical Revue was an instant hit when it first opened, and it continues to delight audiences to this day.

Over 40 years later, Hoop-Dee-Doo Musical Revue continues to delight audiences with an entertaining show and a down-home meal.

Very little has changed over the past four decades. The only exception occurred in 1979 when the dessert was changed from apple pie to strawberry shortcake. In order for this to make sense in the show, directors introduced a new musical number.

The show itself is largely the same as when it debuted in Disney World’s early days, but the actors remain fresh and flexible by adding inside jokes and contemporary references including recent Frozen references. If you’re looking for Disney-quality, family-appropriate entertainment and a delicious meal, you should absolutely try the Hoop-Dee-Doo Musical Revue on your next Disney vacation.

Are you a Fort Wilderness fan?