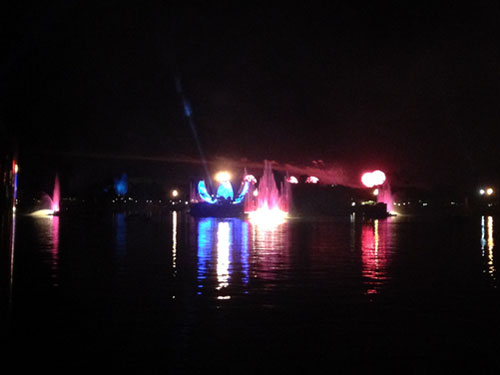 The UnDISCOVERed Future World tour is a 4-hour experience, which takes participants through on-stage and backstage areas to learn about Walt Disney World’s park, EPCOT. Last time we looked at some of the fascinating details the tour covers that you can see on stage, or in public areas. Today we will look at some back stage secrets.

Although we were not allowed to take pictures in the behind-the-scenes areas, we did see some pretty cool things! In the employee building is everything cast members need including a cafeteria, showers, lockers, a salon, and costumes.

The huge costume warehouse is sorted by location including countries in World Showcase, FutureWorld, and Tomorrowland. At the end of each row is male and female bust showing how the costume should look. The rows are sorted by size and gender. Each costume is tagged with an RFID chip, which allows cast members to check out and return their costume. They can check out up to five at a time to take them home and dress if they choose. However, a cast member should never be seen outside of their area and especially outside of property in their costume.

The wig room is fit for a princess- literally. Each wig is custom-made for each girl, and only that girl and wear that wig, Wigs are professionally styled and washed every couple days. Right next door is a make-up room where the princesses do their own make-up. A professional teaches each girl to do her own make-up. It can take up to several hours for a princess to fully dress for the on-stage magic.

Illuminations: Reflections of Earth with Peace on Earth finale

As explained in this article, Illuminations, EPCOT’s official “Goodbye”, is made up of fireworks, fire, lasers, and water effects. Each show experience, which runs from late November through December, lasts approximately 30 minutes from the time the 19 torches light around the lagoon to the end of the fireworks and launches over 1100 shells and over $30,000 worth of fireworks into the air. The globe, which appears during the Order segment, weighs about 350,000 pounds and is about four inches thick. During the Meaning segment, the globe blooms into a lotus flower, which signifies peace and togetherness. 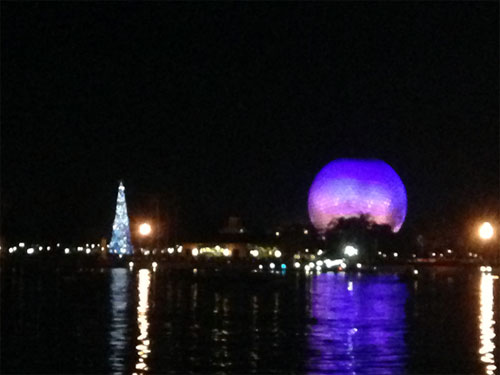 There are 19 torches representing the country pavilions around the World Showcase. Each torch stands 26 feet above the water. 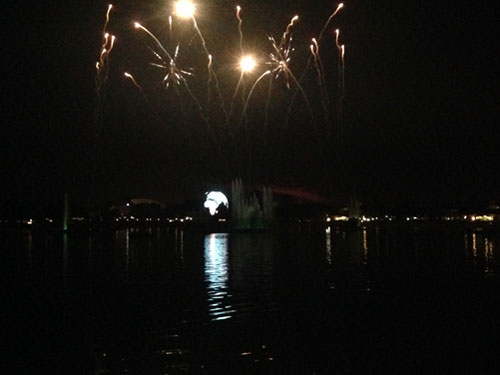 The massive globe representing the world appears during the Order segment of the show.

The globe opens up into a lotus blossom, a shape you can find all over Disney World, representing peace.

The UnDISCOVERed Futureworld Tour was an amazing experience. Our tour guide, Julie, was well-informed and entertaining, and taught us so much about the park. I would highly recommend this tour to mature Disney Guests. Please do not take your children on a tour like this as it can really ruin the magic of Disney. If children want to do this, perhaps you could set an age to which they can look forward to knowing they can then see the magic of the behind-the-scenes areas. Until then, keep it magical!

Would you like to see the backstage areas of Epcot?