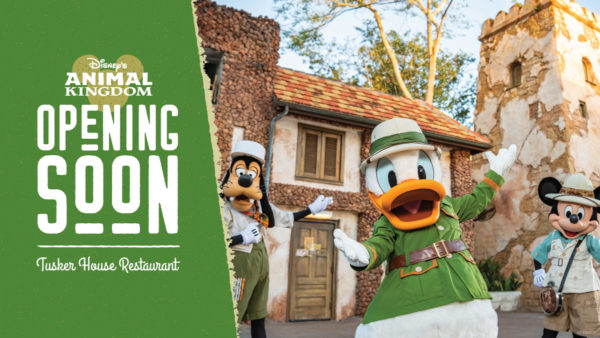 Disney Parks has just announced that the Tusker House Restaurant in Disney’s Animal Kingdom will be reopening on June 20th. The announcement comes via the Disney Parks Twitter.

The Tweet goes on to state: “Graze on a bountiful family-style menu brimming with African-inspired flavors and see the host, Donald Duck—along with his Disney Friends!”.