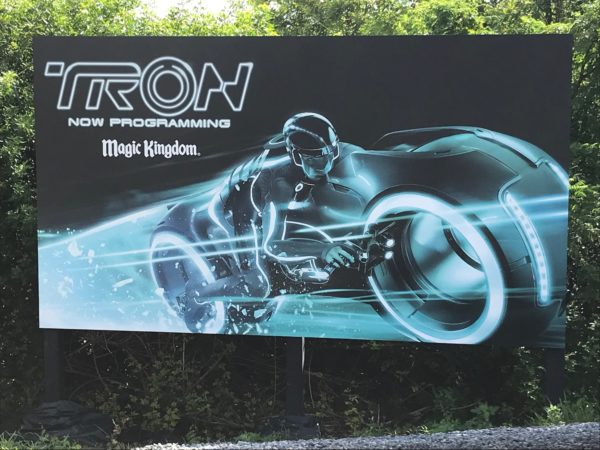 TRON Lightcycle Run To Be Picked Up In Stages; Delayed?

While we are looking forward to the reopening of the Disney World parks in July, and Disney has made many announcements regarding everything from resort reopening schedules to restaurant reopenings, we know that these are difficult times financially.

Back in May, Disney announced that it would reduce capital expenditures by $900 million in its fiscal year 2020.  This means a lot of projects will be rescheduled, delayed, or possibly even canceled.

On the side of new spending, we know that Disney continues to work on construction projects.  Avengers Campus in Disneyland is nearly ready to open.  Disney has almost finished the repainting of Cinderella Castle in the Magic Kingdom, and they announced they will retheme Splash Mountain in Disneyland and Walt Disney World.

On the side of saving, we know that EPCOT’s Spaceship Earth will not undergo its planned refurbishment at this time.  There have been reports that construction has slowed or stopped on Reflections – A Disney Lakeside Lodge at Fort Wilderness.  That project may be delayed or canceled.

In a D23 article, Bob Weis, president of Walt Disney Imagineering, said that the TRON Lightcycle Run at the Magic Kingdom will proceed in “stages.” This likely means that Disney will take longer than originally planned – and it could mean that progress will pause.

Disney works on complicated, custom, expensive projects.  The Coronavirus has created a reset across the company, and it will take time for the company to replan.

Once we can get back into the Magic Kingdom, we should be able to see if there is construction activity on TRON.

Do you expect the TRON coaster will be delayed?