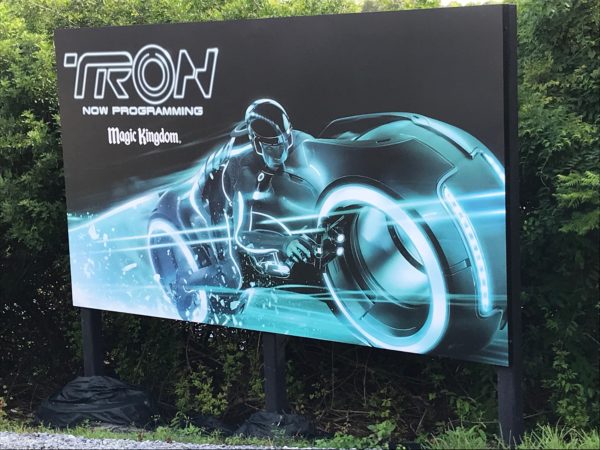 For more than a year, Disney Imagineers have been working on TRON, which is expected to open in 2021 in time for the Disney World’s 50th anniversary.

TRON in Magic Kingdom is inspired by the very popular Tron Lightcycle Power Run in Shanghai Disneyland. When you ride TRON, you will board a train of two-wheeled lightcycles – like riding on the back of a motorcycle – be digitized, and race as a team against opponents. This experience is one of the most unique coasters Disney has ever built. Imagineers say riders will have different daytime and nighttime experiences

Until recently, all of the work has been underground – installing electrical and supports. Magic Kingdom’s version of TRON has reached a milestone in recent weeks installing the first steel track support column, but not before 4500 Cast Members signed it!

Ride construction is finally vertical! In total, there will be 300 ride columns up to 80 feet tall.

TRON at the Magic Kingdom: are you excited?