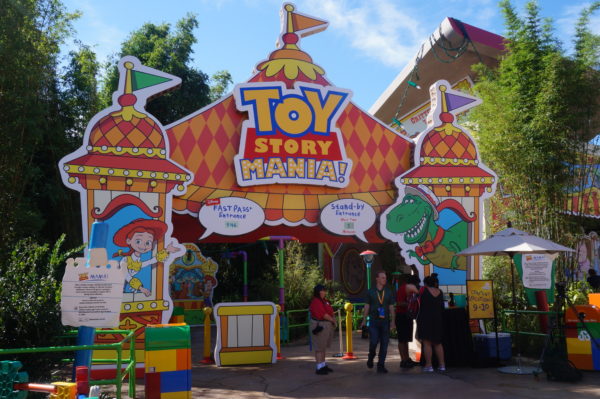 Toy Story Mania is not a new attraction. In fact, it’s been a mainstay in Disney’s Hollywood Studios for a decade already. It still remains one of the most popular attractions not only at the Studios but in all of Disney World. It’s so popular that Disney recently added a third track to the ride, and it remains a hard to get FastPass+.  Waiting in the standby queue?  Expect long wait times.

Let’s take a look at the new entrance to Toy Story Mania: