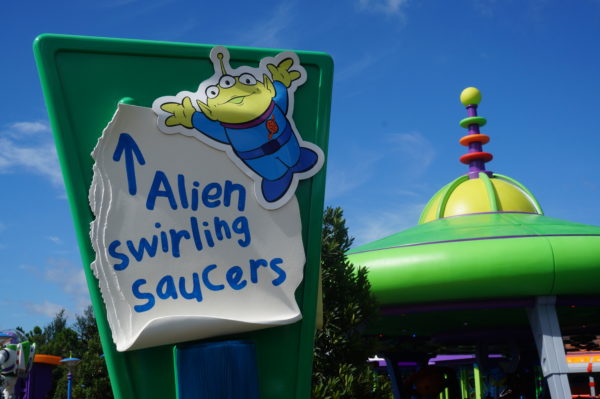 Toy Story Land: There Are Lots of Great Details Everywhere

We’ve already taken a look at an overview of Toy Story Land, but I’d like to point out some of the finer details that Disney Imagineers built into the land.  There are a lot of them!

There have been some rumors that Disney had to cut the budget for Toy Story Land since they’re spending so much on the new Star Wars: Galaxy’s Edge, which will debut in 2019. I don’t know if this is true or not, but as I walked around the new land I didn’t necessarily feel like there were any shortcuts taken.  In fact, I saw a lot of attention to detail.

Let’s take a look at some of the fun details you can see in the new Toy Story Land at Disney’s Hollywood Studios! 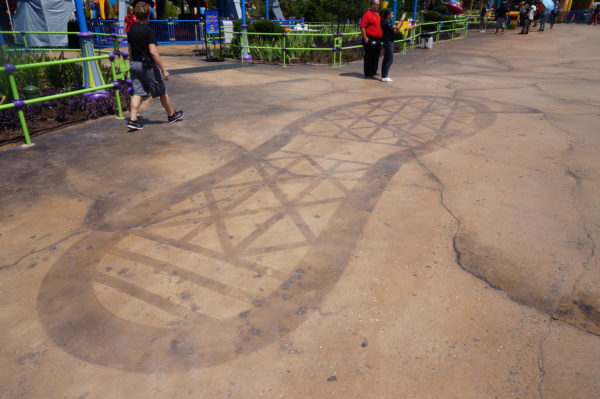 In case you forgot that you were shrunk to the size of a toy, here’s Andy’s shoe print. That means you’re pretty small!

It looks like Andy ripped some paper and used an alien sticker to secure this sign for Alien Swirling Saucers! 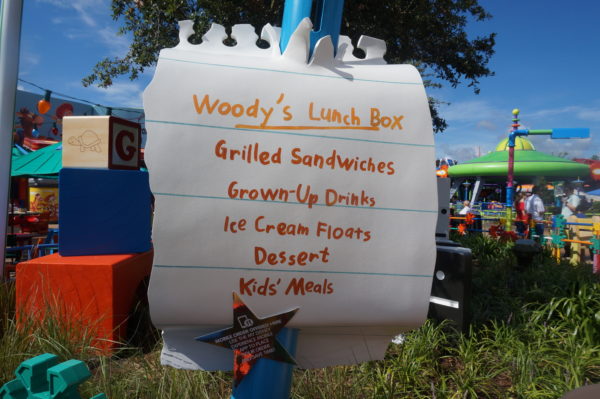 Someone found some notebook paper to write the menu for Woody’s Lunch Box and stuck it to a colored pencil. 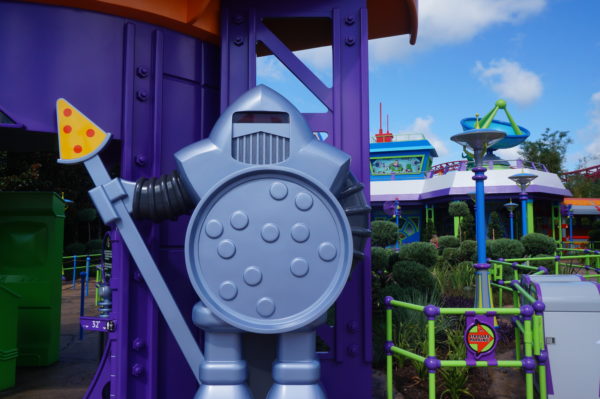 Emperor Zurg’s men are guarding Alien Swirling Saucers. Look! his sword is even made of a pointy pizza slice!  That is cool! 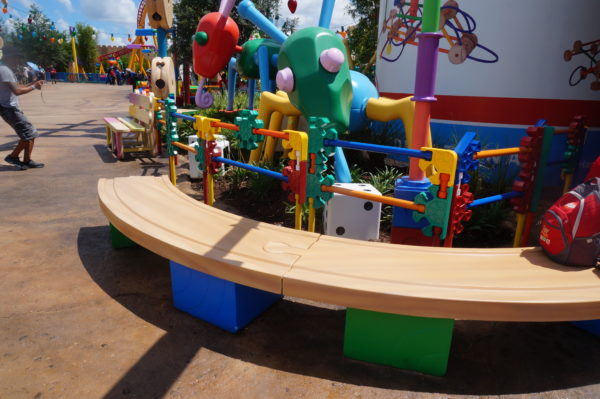 These benches are made of wooden train tracks! 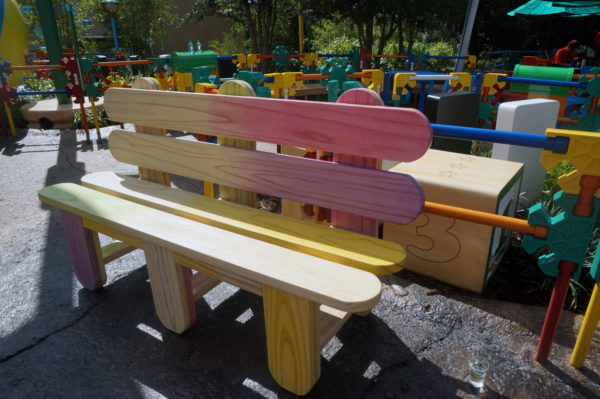 Check out this bench made of Popsicle sticks.  You can even see the colors of the Popsicle flavors that stained the wood sticks. 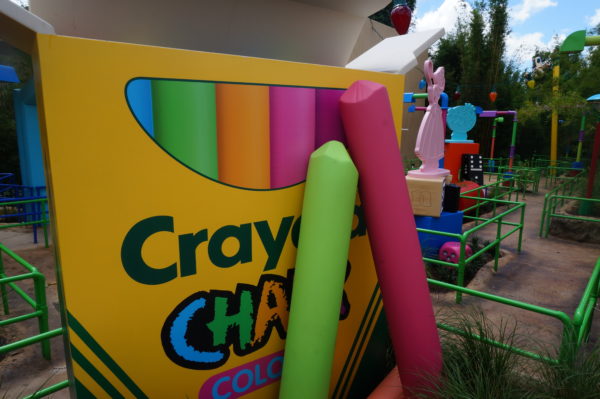 Here’s a box of Crayola chalk. Look at how the tips are used! 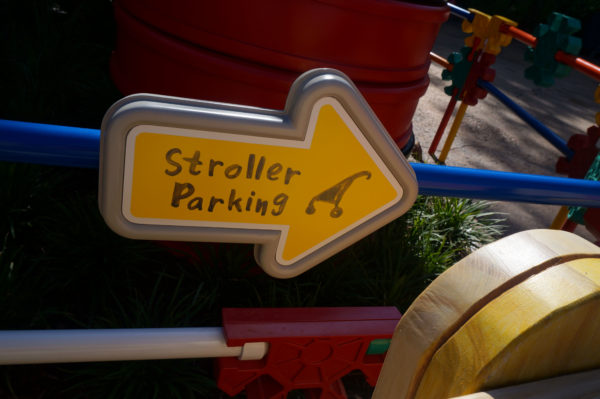 Disney thought of everything when they were designing the land – including plenty of stroller parking, which you can find with this appropriately themed sign! 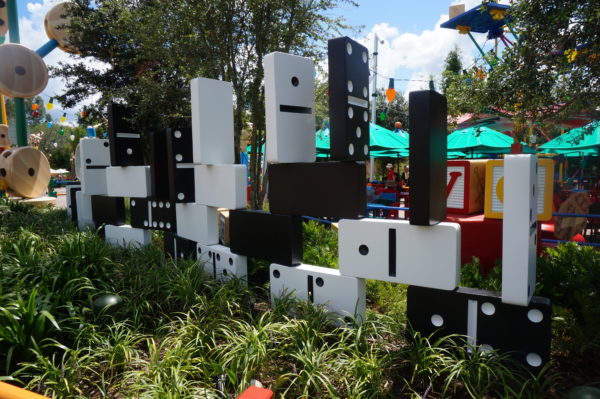 These stacked up dominoes make a cool work of art in the plant bed! 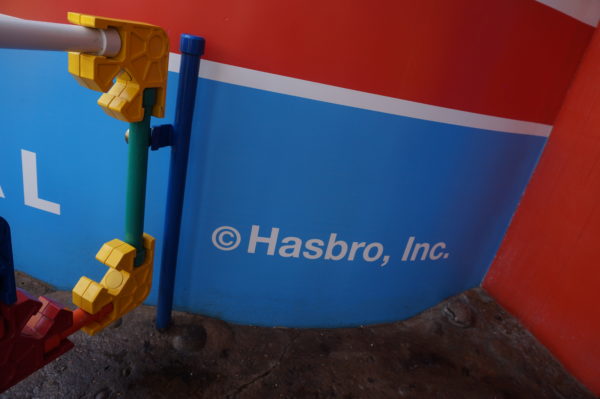 Even the toy boxes have a Hasbro copyright symbol! 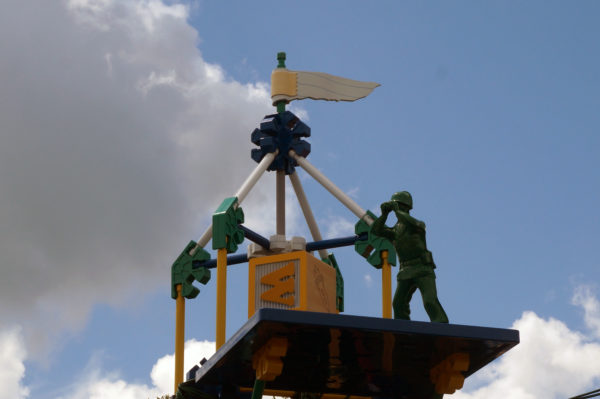 Green Army Men are stationed all over Toy Story Land keeping watch for Andy!  This tower, near Woody’s Lunchbox, has a flag security with a piece of tape. 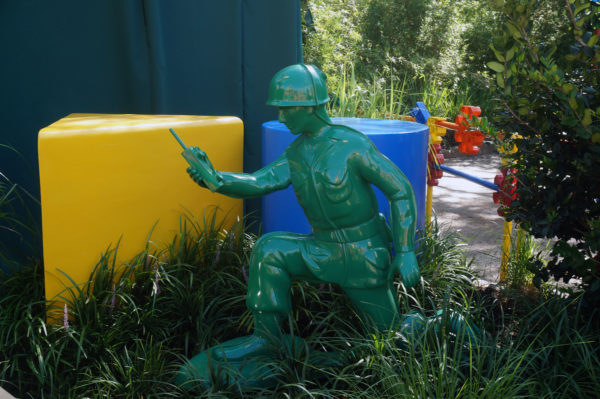 They’re ready to radio the other toys that “Andy is coming!”  The toy soldiers have plastic seams, just like the real ones do.

Are you impressed with the details in Toy Story Land?