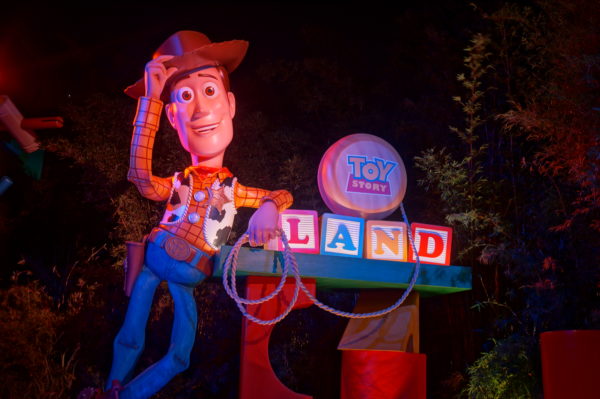 Toy Story Land is now officially open, and you can experience everything new that Disney has been working on and teasing us about for years now. What we could never have even imagined is how awesome Toy Story Land would look at night!

The land is great during the day, but it’s even cooler at night- literally! June and July bring intense heat in Florida, and visiting at night means lower temperatures and (slightly) decreased humidity. It’s still hot, but it’s much more bearable! Plus, the lighting effects in the land are definitely worth the look at nighttime!

Woody welcomes you to Toy Story Land at night! 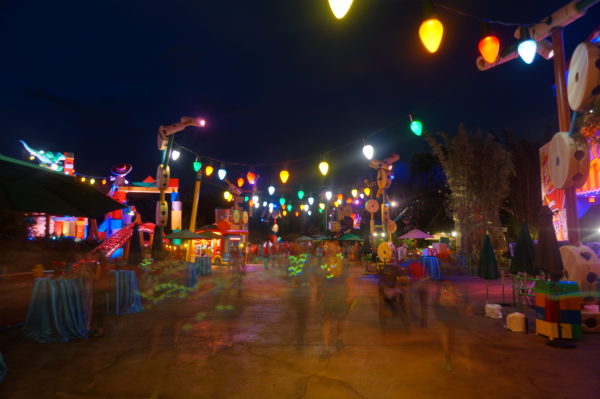 The Christmas Lights hanging over the walkways add a nice touch and great lighting at night! 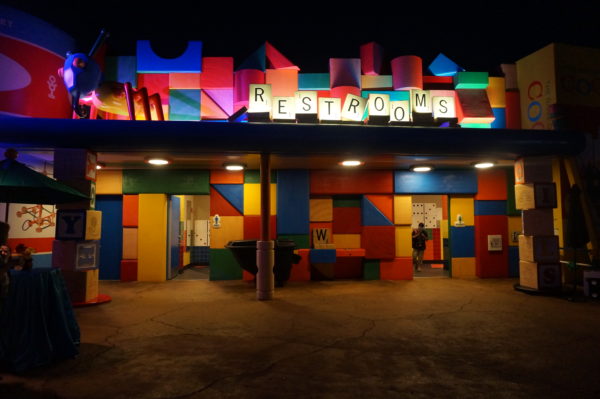 Even the restrooms in Toy Story Land are cool! 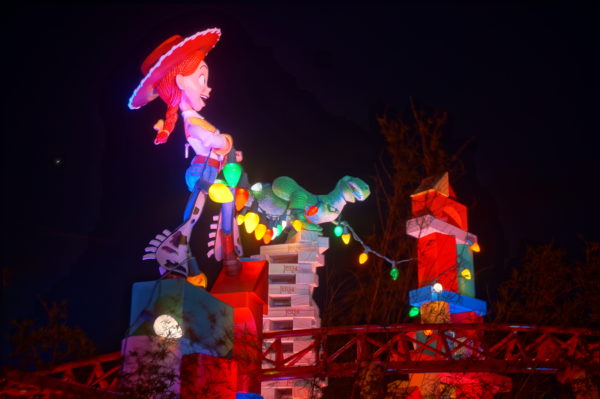 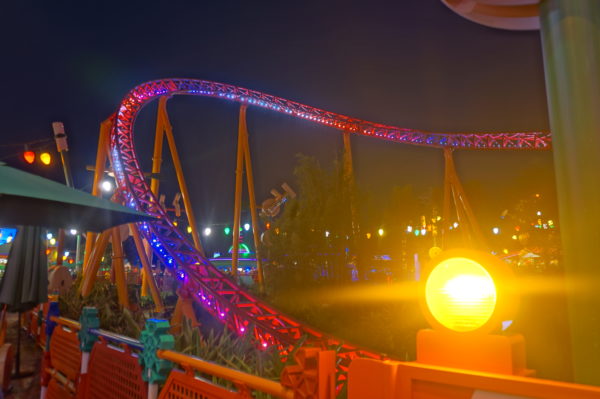 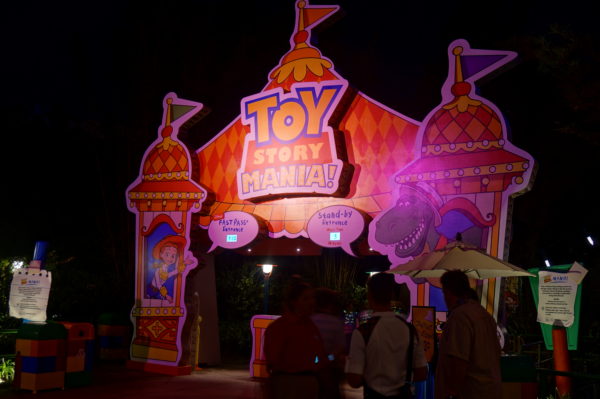 Toy Story Mania is well lit at night too! 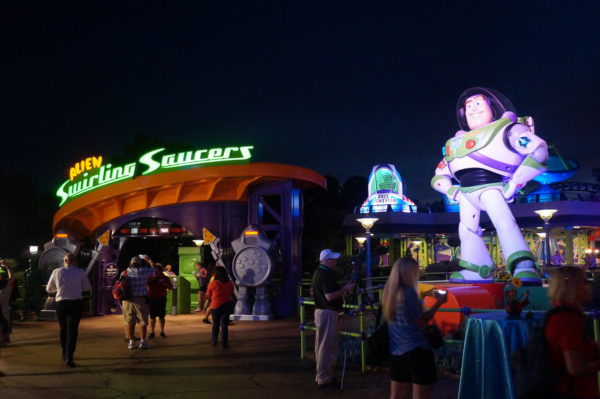 Here’s the very large Buzz Lightyear and Alien Swirling Saucers all lit up at night. 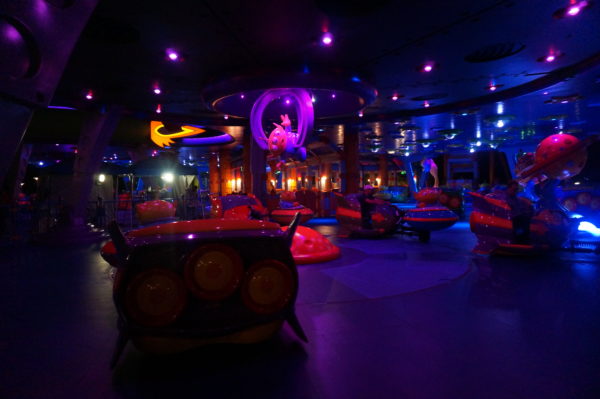 Alien Swirling Saucers is like a discotech at night!

Check out this video of Toy Story Land at night: