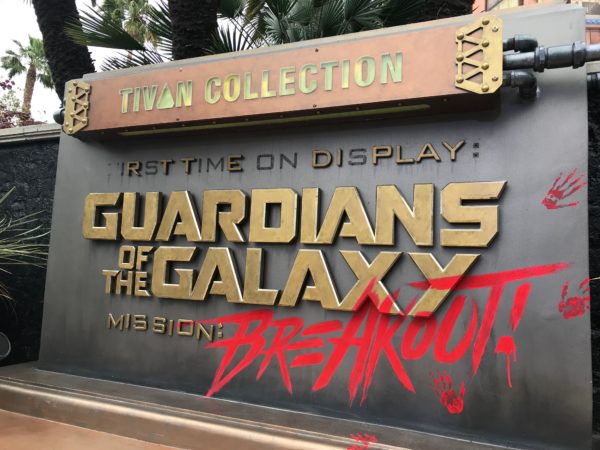 Guardians of the Galaxy

Walt said that his parks would never be complete as long as there is imagination in the world.

While many Disney World and Disneyland fans were upset that the Twilight Zone Tower of Terror at Disneyland’s California Adventure would be rethemed, it is a part of the constant change happening within the parks.

The now-retired Joe Rohde and his team were careful to consider what would be the best option for the retheming.  Shortly before the consideration began, Disney had acquired Marvel.  Imagineers were left to question what they now had and what they could do with it.

In the running was Spider-Man, Doctor Strange, and Guardians of the Galaxy.

Sources report that Rohde and his team decided that Spider-Man would need more space than they had. They determined that Doctor Strange would work well with what Tower of Terror was.

Rohde was concerned that Guardians of the Galaxy didn’t have the staying power, but the success of the film and its sequel contributed to their decision to settle on Guardians. Plus, Rohde realized that Tower of Terror had only a few details that made it look like a hotel, and removing those details provided a blank slate. They settled on Guardians of the Galaxy – Mission: BREAKOUT!

After the change in California, some Disney World fans were concerned that the east coast version of Tower of Terror would be on the chopping block as well.  However, there’s much more space in Disney World than in Disneyland, and EPCOT was in a state of retheming.

Instead of removing a beloved Disney World attraction, WDW Imagineers decided to remove an underperforming attraction – Ellen’s Energy Adventure – and use that massive area to bring an entirely new and exciting attraction called Guardians of the Galaxy: Cosmic Rewind, which is currently under construction.

Construction was delayed due to the pandemic, but work continues on the attraction.  Disney World fans can look forward to their own Guardians ride experience in the future.

Was Guardians of the Galaxy the right choice for Disneyland’s Tower of Terror retheming?