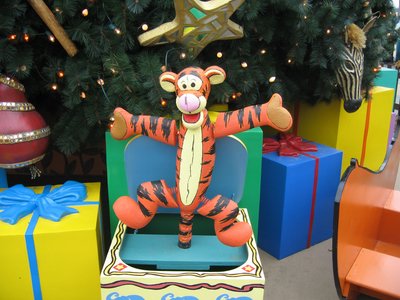 Parents spend lots of time and effort saving up the funds needed to get themselves and their troupes to the World. Surprisingly enough, after a flying, driving and riding the rails to Orlando followed by a few days of traipsing around the park with a flock of kids who may or may not be in the most sparkling of moods (imagine dragging screaming toddlers for miles at a time), parents may need a break.

Fortunately, Disney Resort Hotels offer several options for childcare in their kids’ activity centers. And here we will look at some great tips for planning your vacation with children.  Touring Disney World with kids can be fun for kids and adults alike.

The hotels feature six of these centers all together; one shared by Dolphin and Swan, one by the Yacht Club, Beach Club and Villas resorts, one at Disney’s Grand Floridian, one at Disney’s Polynesian Resort, and one at Disney’s Animal Kingdom Lodge. These activity centers are on the pricey side at $11.50 an hour (minimum two-hour charge), but on the plus side the kids love them and the parents do, too. One drawback is that the activity centers are only open in the evening, meaning that parents can use them to park their kids ages three to twelve for a few hours and go enjoy a dinner together, but can’t go relax on the beach, safe in the knowledge that Disney staff are keeping a watchful eye on the kiddies.

Another option that can be booked through Disney or independently is in-room babysitting. There is the traditional kind of babysitting where a background-checked and CPR-trained staff member comes to the hotel room and looks after the children; a cast member can also accompany the group to the park and help out where need be. Both of these services are offered through Kid’s Night Out and are available around the clock (activity centers, by contrast, close at midnight) for a hefty extra fee. Kid’s Night Out also does outcalls to the Orlando area so that folks who aren’t staying in on Disney property can still take advantage of this services. There are also two competitors for in-room babysitting at and around Disney – Fairy Godmothers and All About Kids.

It seems like every marketing exec trying to sell tickets to amusement parks uses the phrase “fun for kids of all ages”, implying that even if you’re eighty you’ve got some kid left in you just as an eight-month-old infant has a potential kid in them. Even though there is truth in that, there are certain realities that parents and guardians have to face when considering a trip to the World with kids of various ages.

Disney World prides itself on its attention to detail, injecting a little bit of the overall magic into every little bit of its parks, from handrails to monorails. All the imagineering work in the World, however, may as well not have been done to the eyes of a five-year-old. Kids under the age of seven are in general too young to appreciate all but the most common-denominator features of the world. More ‘sophisticated’ venues like Epcot (geared towards adults but welcoming to all) may not be enjoyable at all until after the age of nine.

What’s more, the huge ‘furs’ (Disney cast members that roam the parks in enormous, furry suits made to look like Mickey, Minnie and the rest) can be terrifying to a kid one-sixth their size. To mitigate the terror inspired by cast members who were shooting for the opposite emotion, some parents stage an off-park encounter with the Disney characters such as a meal with characters at one of many venues that feature them. For example, booking a dinner at the Hoop-De-Doo Musical Revue, which features many ‘furs’ on the first night before going to the park is an excellent way to introduce kids to the characters and to explain to them (somehow!) that the animal characters don’t talk but are friendly. The characters also make infrequent appearances at the Disney Resort Hotels.

One More River to Cross

Many park goers “go commando” and hatch a plan of attack for each day at the parks that would put Napoleon’s march across the Alps to shame. This requires rising early and marching uniformly to each destination like a fun-seeking missile.

The reality may be, however, that very young children don’t acclimate well to having their schedules disrupted so violently. Feeding, naptimes and playtimes don’t necessarily correspond to the times that these will have to take place when on a Disney death march.

However, if a group is determined to bring every last newborn and every last teenager on every last ride and to every last show in the park, a good bit of advice is to plan around the busiest and hottest times of year. As with all other crowd control strategies that are suggested, this one provides critical protection against family burnout. Either avoid the hottest summer months or plan for mid-day breaks.

Another plan of attack would be to carefully choose the parks to be visited considering the amount of time available to the group, type of tickets purchased and group makeup. For example, waking junior up before the normally appointed time to rise and taking him or her to the park early as part of a plan to avoid the eleven o’clock queue blues may work out if the little bundle of joy still gets put down a few hours later for a nap. Some of the Rambo may have to be taken out of the schedule for this to happen, since there will be considerable time spent in transit to and from the hotel even if traveling by shuttle.

However, planning ahead saves the day in most cases. For this reason, it’s also important to carefully choose where to stay if bringing young children. Maybe the hotel with the most amenities will play second fiddle to the one that’s closest. Fancy bells and whistles like three-story waterslides at the hotel pool are also lost on very young tykes; most of them would be satisfied with a dip in any pool of any size.