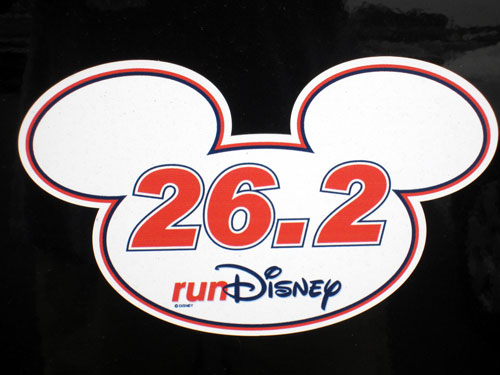 Before you click over to register for a runDisney event, there are some things you need to consider. Not included in the list below but worth mentioning is that these races often fill up as soon as reservations open, so if you’re thinking about signing up, do your research first so you can make an educated decision in time for the registration date.

1. For which event should you register?

As mentioned above, Disney offers different kinds of races, so how will you decide which one is right for you? Consider the following:

runDisney has events at both Disney World and Disneyland, so decide on which coast and at what park you want to run.

Races take place in January, February, May, September, and November. When do you want to run? Consider your schedule and the weather in central Florida. 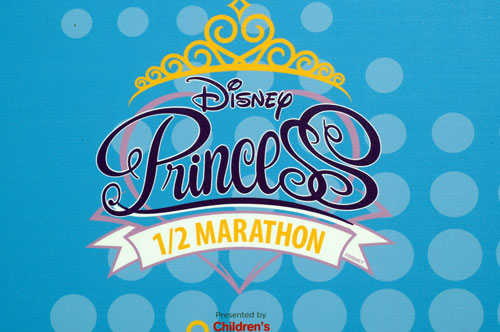 The Disney Princess half marathon is one of the most popular.

How much of your vacation do you want to devote to racing? The Expedition Everest challenge combines a 5k race with an obstacle course. Goofy’s Race and a Half Challenge is a half marathon on Saturday and a full marathon on Sunday. The Dopey Challenge is all four races (48.6 miles) in four days. Choose a race that will challenge you but is realistic; if you’ve never run a half marathon, you probably won’t be able to run the Dopey Challenge.

2. Where should you stay?

Of course, you should consider the basics of choosing a Disney resort hotel including budget and amenities, but there are other things to consider when participating in runDisney.

Make sure that the hotel is an official race hotel. For the larger races, most hotels will be included, but some smaller races have a more limited list. This is important because you will have to catch a bus to the race’s starting point. Only official race hotels have busses running this early in the morning.

If you are travelling with people who aren’t running, you might want to book a separate room or at least a room that can allow you to get ready for the race without disturbing your travelling companions.

Finally, utilize online check in and request to be close to transportation. Some rooms, especially at resorts with more than one bus stop, will be quite a distance from the main bus stop. After running a race, you don’t want to have a long hike back to your room.

3. Should you run at the beginning or at the end of your vacation?

Running at the end of your vacation has some downfalls. Running any race requires the runner to prepare mentally, emotionally, and nutritionally. If you wait until the end of your vacation to run, you will have to watch your food intake throughout your vacation, and your feet might be tired already from exploring the parks. You will also need plenty of rest. This might mean missing Wishes or Fantasmic and almost certainly not taking advantage of extra magic hours.

Scheduling the race towards the beginning of your vacation solves all of these problems and allows you to be in full vacation mode once the race is over. You should still plan to arrive at least a day prior to the race so you don’t have to worry about delayed flights or checking in. However, you might be so tired after running a longer race that you don’t feel like walking around the parks just for pleasure.

It might be best to schedule your vacation in such a way that it falls towards the middle of your vacation. In this way, you can have a day or two to settle into your room, explore the resort and maybe a park, and still be prepared for the race. Then, after the race is over, you can enjoy your fill of parks, turkey legs, and Disney sweets.

Have you done a runDisney event?  Would you like to?