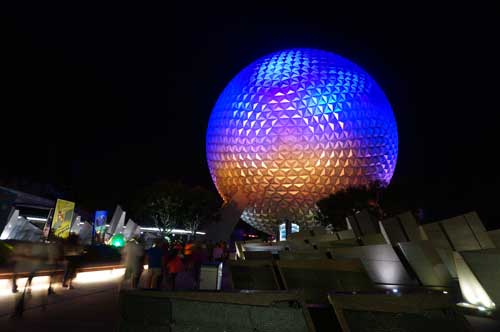 Top Ten Things You Should Know Before Visiting Epcot

When Walt first set his sights on EPCOT, he imagined a real Community of Tomorrow with citizens living their lives and using everyday things like transportation, stores, and libraries, all with advanced technology.

He pictured a tiered city structure where people would both work and play. For many reasons, Disney Company decided not to follow these plans exactly, but they tried to stay true to Walt’s dream creating an area dedicated to the future as well as one that celebrates cultures from around the world.

If you’re anything like me, you make lists of attractions, characters, restaurants, and shows you want to see as you’re planning your Disney World vacation. I highly recommend that Epcot and all of its amazing opportunities make it on your list.

Epcot can be a tricky park for first-timers, though. My goal with this article is to tell you ten things you need to know about Epcot before visiting this very popular theme park.

1. There are actually two parks

Epcot is really two very different parks in one.

Future World is closely themed to the area that Walt envisioned. This area is meant to educate guests about the world and new and future technology. There are some cool things in this area like Test Track, which allows you to create and test your very own concept car, and Spaceship Earth, in which guests can create their own vision for the future.

Still, many people criticize this area for being behind the times. Innoventions, much of which is closed as of this writing, will hopefully be repurposed to bring more future elements and be closer to what Walt wanted for his Experimental Prototype Community of Tomorrow.

The second area in Epcot is World Showcase. In this 1.4 mile adventure around World Showcase Lagoon, guests can experience eleven cultures from all around the world and right here at home with country pavilions including Norway, Mexico, China, Japan, France, United Kingdom, Morocco, Italy, Canada, Germany, and the American Adventure.

These pavilions are both structurally and culturally accurate and to scale. In fact, the Eiffel Tower in Epcot’s France is a 1/10 scale model and is colored to match the real thing which has been weathered over time. This is just one example of how Disney stayed true to each country’s history while building World Showcase.

When you visit World Showcase, be sure to explore the pavilions. Too many people just walk the path, take pictures, and admire what’s on the main route. If you walk back through each country, you’ll find amazing things you never would have guessed are even there! Each country has amazing authentic restaurants and stores that sell merchandise from the country. You’ll also find that the Cast Members are native to the country in which they work. I’ve had some great conversations with these people!

I like to arrive at Epcot early in the morning. Future World opens a full two hours before World Showcase, so I like to get all of the attractions in early then use the rest of the day to explore World Showcase especially if I only have one day in Epcot.

If you’re visiting during Epcot’s International Flower and Garden Festival or the International Food and Wine Festival, you’ll really want to get in early. Even locals come out in droves to see the awesome spectacles. Each show has special merchandise and food and drink offerings that are only available during the show’s run. There are also demonstrations and displays specific to the festival’s theme. The Flower and Garden show brings in horticulturalists and designers to teach you how to create and care for your own garden while the Food and Wine show features chefs from around the world for cooking demonstrations and wine pairing suggestions.

Soarin‘ opened in 2001 and continues to amass huge lines even with an old film that has gotten grainy over the years. In Summer 2016, Soarin’ opens a third theater and premiers a new film called Soarin’ Around the World. I suspect that, although the new theater will add more ride capacity, the lines will continue to be long and the ride will gain even more popularity than it already has.

So how can you get on this ride without waiting forever in the queue? Well, chances are you’ll have a pretty long wait no matter what you do, but I highly recommend getting your first tier FastPass+ for this attraction. If you can’t get a FP+, ride it first thing in the morning or last thing at night when lines will likely be shorter. If you ride before park closing, you may miss IllumiNations, but you’ll have to weigh your options.

Finally, some people have a hard time finding Soarin’. It’s located in The Land pavilion on the first level. Since the entrance puts you on the second level, you’ll have to go down the escalator, stairs, or elevator to get there. There are several other attractions in this pavilion including Living with the Land, which is also a great ride, so read the signs. Soarin’ is located at the base of the escalator to your right.

Ellen’s Energy Adventure in the Universe Of Energy Pavilion, also located in Future World is an entertaining, slow-moving, dark ride that teaches riders about energy with the help of Ellen DeGeneres, who dreams she is on a game show battling her opponent and high school rival, and Bill Nye the Science Guy. Bill Nye wants to teach Ellen everything she needs to know so she can defeat her rival played by Jamie Lee Curtis. Alex Trebek also joins the gang as the game show host.

There are several attractions and shows in Epcot, but there are fewer rides. The headliners include Test Track, Spaceship Earth, Soarin’, Journey into Imagination with Figment, Mission: Space, and Living with the Land.

Because Epcot doesn’t have as many rides as Magic Kingdom, the lines can be very long. What makes it even more difficult is that the FP+ attractions are tiered with the most popular ones (Soarin’, Test Track, and Mission: Space) all in the first tier. Since you can only FP one of these attractions, you’ll have to wait in line for the other two.

6. Park and Resort hop from Epcot

Epcot is at the middle of everything at Disney World, making it a great place from which to resort and park hop.

Epcot is the only park with two entrances! It has a kind of backdoor called the International Gateway. From here, you can take Friendship Boats to Disney’s Hollywood Studios and several deluxe resorts including Disney’s Yacht and Beach Club, Disney’s Boardwalk Inn, and Swan and Dolphin. You can also easily get to the Boardwalk where you’ll find Beaches and Cream and Jelly Rolls as well as the Atlantic Dance Hall.

Epcot is also close to Hollywood Studios and Disney’s Animal Kingdom by bus. The busses load outside of the main entrance and run every 15 minutes or so. You can also get to all of the other Disney resort hotels from these busses.

7. There’s a story behind IllumiNations

Too many people view Disney’s fireworks shows and are unaware of the story behind them. Of all of the shows at Disney World, I think IllumiNations: Reflections of Earth has one of the best themes.

There are three parts to this show: Chaos, Order, and Meaning.

Chaos tells of the beginning of the earth. It’s represented by fire, light, and volcanic explosions. This is a time of danger and disorder. At the end of this section, a huge globe floats into the middle of the lagoon, and Order starts. During this time, life is celebrated including people, landmarks, and achievements. This part of the story is very symmetrical, and all effects happen in groups of four. The last scene, Meaning, includes bright lights and white fireworks as well as the relighting of the torches around the lagoon.

The song “We Go On” is played throughout the park, and the huge globe opens up to reveal one unifying torch. Spaceship Earth even gets involved as the continents are projected onto the surface making it appear as though it is spinning.

IllumiNations really is a show you can’t miss, and knowing the story behind it should make it even more enjoyable!

The Epcot Character Spot in Future World is a great place to meet and greet some of your favorite characters and get autographs. Popular characters include Mickey Mouse, Minnie Mouse, Pluto, Baymax, and Joy and Sadness. It’s also worth mentioning that this area is indoors and air-conditioned.

There are also character meet and greets in World Showcase, and the characters are located in the appropriate countries. You can meet Mulan in China, Alice in the United Kingdom, Aurora and Belle in France, and Anna and Elsa in the new Frozen Ever After attraction in Norway.

All of the parks are beautiful at night. Disney does a great job at transforming the parks with lights to make the nighttime just as beautiful as the daylight hours. Disney does an especially great job with Epcot’s Future World. There are lights in the concrete that you wouldn’t even guess were there when you walk over them during the day. The Fountain of Nations is beautifully lit, and the large umbrella-like structures beam under the night sky.

What do you wish you knew before visiting Epcot for the first time?