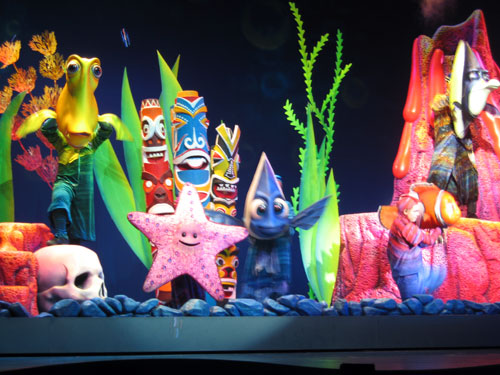 When you think of Disney’s Animal Kingdom, you might think about the iconic Tree Of Life or seeing animals on the African Savannah.

However, there are a surprising number of terrific live shows available in this park.

Some of the shows are relatively small and low-key while others can give a full-blown Broadway musical a run for their money.

This dance party which takes place in Dinoland USA is one of the most recent additions to the live entertainment lineup at Animal Kingdom. The idea is simple: animal characters come out to dance and have fun with guests. There is no involved storyline, just some good, clean musical fun.

A nice thing about this dance party is that you get to see many characters that often don’t appear in the parks. In the past, I have seen Flick from “It’s a Bug’s Life” and Br’er Fox from “Song of the South” in addition to more popular characters like Chip and Dale.

The dance party is relatively short, but it’s fun. The characters encourage lots of guest interaction. 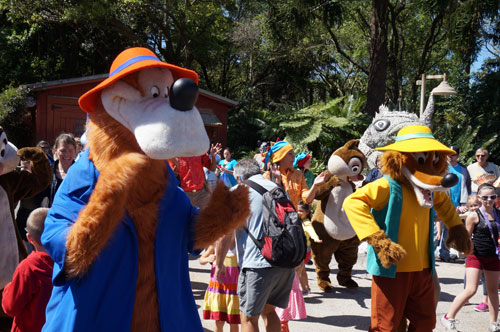 The Tam Tam Drummers typically put on 15 minute shows in an area not far from the Kilimanjaro Safari entrance. This interactive show often takes place in the morning and includes some impressive African drummers that really get the crowd involved. Be careful, or you may find that you become an embarrassing part of the show.

DeVine has to be one of the quietest and most captivating life performances in all of Walt Disney World. You really have to see DeVine in order to understand and appreciate it. DeVine usually shows up on the path that runs between Africa and Asia, and often performs between 10 AM in 2 PM. The Time Guide does not always list performance times, but if you linger in that area, you might get lucky and see DeVine. Like most plants, she doesn’t speak or sign autographs, but she does pose for photographs. 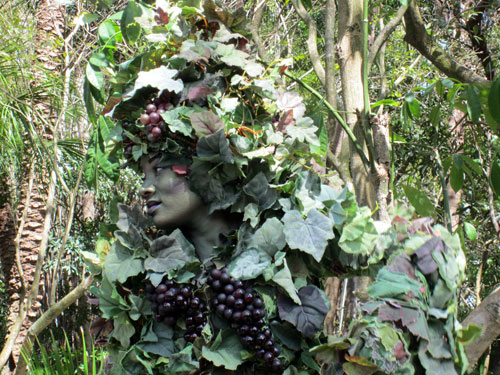 DeVine is quiet, graceful, and amazing.

Flights of Wonder is a show that takes place in the Asia section of the park. It runs for about 25 minutes and features a wide variety of flying birds including falcons, hawks, macaws, and parrots. The birds show off their talents and even fly directly overhead. The show is often overlooked but is definitely worth seeing, at least once.

After watching Finding Nemo – The Musical at the Theater in the Wild in Dinoland USA, you might forget that the original animated “Finding Nemo” movie wasn’t actually a musical. The folks that put together this amazing show created new songs and a summarized story that is fun for the whole family. Be sure to show up 20 to 30 minutes before show time to be sure you have enough time to get into the theater and find a seat. You’ll be glad you did.

6 – Festival of the Lion King

There is a reason why The Festival of the Lion King show is one of the highest rated attractions in all of Walt Disney World. There is also a reason why Disney took the effort and expense to relocate this live show from its previous home in Camp Mickey-Minnie to its current home in the Africa section of the park. What is that reason you might ask? It’s because the show is terrific! It combines music from the movie with a talented cast of performers who put on an amazing show day after day. From singing along during the audience participation portions of the show to watching the tumble monkeys, from enjoying the acrobats to being amazed at the fire juggler, the show is a winner and a “must see” at Disney’s Animal Kingdom.

Do you like the live shows in Disney’s animal Kingdom?