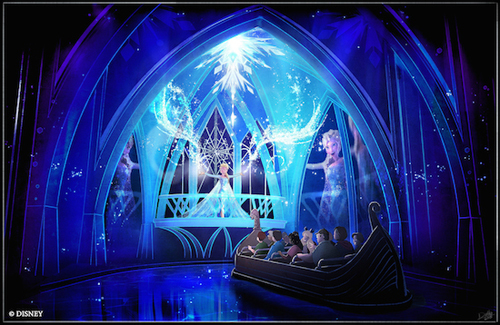 There is a lot of excitement about what the future holds at Walt Disney World.

Pandora – The World of Avatar – is coming to Disney’s Animal Kingdom and will feature at least two major attractions, including AVATAR Flight of Passage, which is expected to utilize a technology similar to that in Soarin’, and Na’Vi River Journey, a boat ride attraction.

However, Pandora isn’t expected to open until early 2017, and at this point we don’t have any specific dates for the Studios expansion. It may be 2018, 2019, or even later until we see completed projects there.

However, we can expect four fun new additions to Walt Disney World in 2016. Let’s take a look:

Great things are already happening at Disney Springs (formerly known as Downtown Disney). From The Ganachery to Morimoto Asia, to The Boathouse and Jock Lindsey’s Hangar Bar, we can already enjoy plenty of new dining spots all around the shopping complex. Still, there is more to come.

New restaurants are slated to open, including the STK steakhouse, The Edison (presented in an industrial gothic style and modeled after a 1920s-period electric company), Sprinkles (cupcakes), and Blaze Fast Fire’d Pizza (artisanal pizzas baked in an open-flame oven and finished in only 180 seconds).

New shops will include Zara, Lilly Pulitzer, and Tommy Bahama.

The perennially popular attraction will close on January 4, 2016, and is expected to open in the summer with a new Soarin’ Around The World movie. The attraction will also offer a third theater. At this time it isn’t clear if the theater and new movie will open at the same time or at different times.

Love it or hate it, a new honest-to-goodness attraction will open in the Norway (Arendelle?) pavilion of Epcot’s Future World. Expect animatronics, songs from the movie, and new meet and greet opportunities.

Finally, Animal Kingdom won’t roll up the streets after the sun goes down. The new nighttime spectacular show will take place on the Discovery River, which is located in front of Expedition Everest.

Disney will also offer a nighttime version of Kilimanjaro Safaris, somehow magically adding the orange glow of dusk into the evening hours.

Both of these significant upgrades to Animal Kingdom are expected in the Spring.

Are you excited about the additions coming to Disney World in 2016?