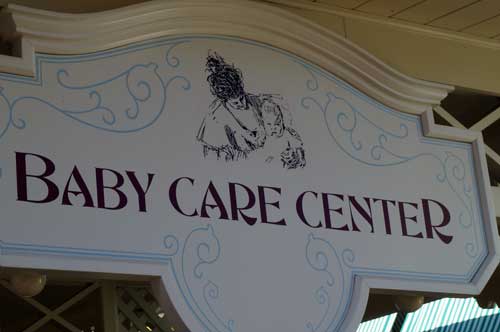 If you have a baby, you know that they eat all the time, and it seems like they’re never satisfied. Combine that with the fact that it can often be difficult to find a good place to feed them, and life gets complicated.

Let’s complicate things even more by trying to find a private spot to feed your infant in one of the busiest vacation destinations in the world: Disney World!

In all seriousness, this is a real problem moms face whether it’s their first or fourth baby, but I’m here to tell you that it is possible to enjoy all that is Disney while caring for your infant.

There are some great places in Disney World where you can get some privacy even among the excitement.

First, consider investing in a wrap or baby carrier like the Boba or the Baby Bjorn. These will allow you to wear your baby and nurse while on the move without exposing more than you’d like!

Fortunately, Disney World is one of the most accommodating places when it comes to breastfeeding mamas. State law allows breastfeeding in public and has even exempted it from public indecency laws. Even though it’s your legal right, other guests might still be uncomfortable with other little curious eyes around, or you might feel uncomfortable exposing that much in public. Whether that’s the case or you just need a comfortable place to relax and nurse, Disney’s got you covered – no pun intended.

Next, seek out these places for nursing:

Baby Care Centers are the official place for everything families need. Moms can nurse their baby in the private nursing rooms with comfy rocking chairs and use the changing areas to take care of diaper duty. Each private room has electrical outlets and side tables for moms who need to pump. There are also highchairs for older kids and even a microwave, oven, and sink to heat up food you brought with you. The main room has a television, table, and seating area for the rest of the family to relax while Mom (or dad) takes care of business.  There’s also an on-site store where you can buy anything you forgot or ran out of including formula, baby food, juice, diapers, wipes, sunscreen, over-the-counter medications, and clothing.

The Baby Care Centers are open during regular park hours, are complimentary (except for the items in the store), and are fully staffed. In Magic Kingdom, the Baby Care Center is between Casey’s Corner and Crystal Palace. Epcot‘s Center is in the Odyssey building between Test Track and the Showcase Plaza, and in Hollywood Studios, it’s inside Guest Relations at the park’s entrance. Animal Kingdom’s Baby Care Center is to the left of the Tree of Life.

All Centers have similar amenities and items, and there’s even a First Aid center nearby. If you’re a pumping momma, this is very convenient. Since a breast pump is considered a medical device, the First Aid Stations will store your pump while you enjoy your time in the park. When you’re ready to pump, stop by the first aid station and head next door to the Baby Care Center, pump, take the pump back to the First Aid, and be on your way again! No need to lug a bulky pump around with you!

There are several quiet, serene gardens in Disney World especially in Epcot. The courtyard in the United Kingdom Pavilion in World Showcase is mostly hidden, so you’ll have some privacy. The gardens in Japan are beautiful as well though not quite as private.

Disney World also has several longer films including the 15-minute Walt Disney: Hall of Presidents (22 minutes) and the films in the World Showcase Pavilions like American Adventure (28 minutes) and O Canada! (18 minutes). These films are dark and some have comfy chairs or at least benches. This is a great opportunity to grab your nursing cover and feed your little one without feeling too exposed.

I’m not suggesting that you take nursing to the extreme during a ride on Space Mountain, but there are some cool, quiet attractions perfect for resting and feeding Junior.

Country Bear Jamboree runs for almost 16 minutes and will entertain the whole family with country-style music and audio-animatronic bears while your baby nurses. Another great attraction for nursing is Carousel of Progress, which is 21 minutes long. This classic Disney attraction is not as funny as the Country Bear Jamboree, but it is interesting to see how technology has changed throughout the last century. As an additional perk, the chairs are auditorium style and quite comfy!

Have you used the Baby Care Centers at Disney World?  Helpful?