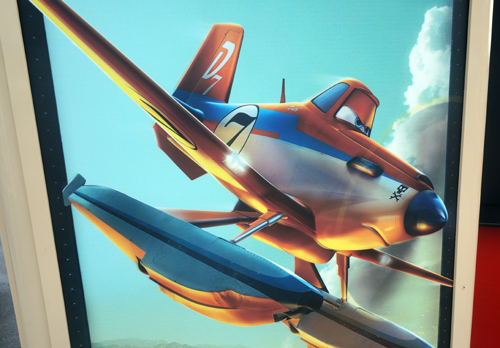 April Fool’s Day 2015 had some great jokes, and many of them involved Disney while Disney was only responsible for a couple. Read on for a good laugh.

News broke on March 31, 2015 that Disney will set up shop in the British Columbia resort area, McKinley Beach. The new park was said to include Pirates Of The Caribbean, Haunted Mansion, Splash Mountain, and Space Mountain with a little Canadian Flair. At 900 acres, this would be Canada’s largest amusement park.

The problem is not that the announcement is fake but that Disney has been in talks with Kelowna and even released a statement that the area would be a great spot for a park. The Facebook announcement was shared 10,000 times and received 20,000 comments. When the company finally revealed that it was all a hoax, fans were devastated and even became angry with the resort area.

Orlando sub-Reddit received some buzz when visitors to the site realized that Disney had taken over. Disney-related pictures were plastered all over the site, and an ad revealed that, in return for the acquisition, Orlando Reddit employees would receive a single coupon good for 10% off one item at any Disney Store valid for 30 days poking fun at Disney’s reputation for sometimes being stingy with their profit margins.

Disney’s blog revealed that Cinderella’s Castle would become Elsa’s castle on September 8, 2015 complete with a new façade to fit the theme. Disney spokesperson Ilene Woods explained that they anticipated some fall out after the life action Cinderella movie was released because the castle wouldn’t look like the one in the movie. Plus, “since “-ella” and “Elsa” sound so similar, most people wouldn’t notice the change.”

When asked what role Kristoff, Hans, and Sven would play, Woods asked, “Who?” admitting she’d never actually seen the movie. Another journalist asked when the final changes would be open for the public, and Woods said that they hoped it would be a year from today making it April 1, 2016. Who knows if next year’s April Fool’s Joke will follow through?

This announcement was quite involved. As such, most people realized the ridiculousness pretty quickly. Here are the details.

Disney announced the purchase of the World’s Fair grounds, where Walt himself made somewhat of a debut appearance in 1964. Disney said they planned to use the grounds for an annual music festival in cooperation with LiveNation who announced the line-up would include Beyonce, U2, Bruno Mars, and Justin Timberlake to name a few. There would also be partnerships with Apple, IBM and New York School System, and Anthony Bourdain. A Tesla partnership would bring a Tesla Test Track along with an official racetrack to New York City. The grounds would open in July 2016 and run for 42 days.

Because of Disney’s connection with the World’s Fair, this is quite believable. If the writer hadn’t made so many claims, many might have been fooled!

1. Disney and Pixar Team Up for Cars, Planes, and Star Wars Compilation

Although this joke can’t be attributed to Disney, they should probably consider hiring the Big Bee Studio director, Brian Anderson.

X-Wings would take the best of Pixar’s Cars and Planes movies and combine them with the newly acquired and infamous Star Wars trilogy.

The movie trailer graphics were amazing, entertaining, and totally fake, but very conceivable, making this the best Disney April Fool’s of the 2015 and number one in our countdown!

What did you think of these 2015 Disney-related April Fool’s gags?
Leave your comments below.