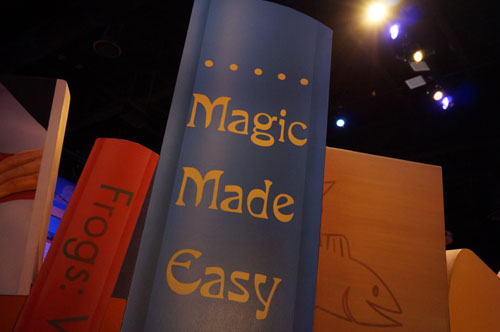 Whether you’ve been to Disney once a year for as long as you can remember, or this is your first time, you’re probably experiencing the excited nervousness. You just can’t wait to start planning and execute your plan.

Many people say that planning is the most enjoyable part of their Disney vacation. Then the vacation is always too short, and you’re home before you know it.

Fortunately, if you’re a book nerd, Disney and Disney fans can meet your every desire! Here are the best books to read during the planning, traveling, lounging, enjoying, and remembering phases of your vacation.

As soon as you book your trip, you should start planning. Even if you aren’t a planner, it really is necessary to do at least some planning, or at least thinking, about your Disney vacation. Walt Disney World is massive and offers so many options that you might just be too overwhelmed to make informed decisions once you are on property.

1. The Unofficial Guide to Walt Disney World 2015, by Bob Sehlinger, is available in both paper back and kindle, and offers over 800 pages with details on everything from pricing and room details for the new bungalows at the Disney’s Polynesian Village to how long the construction at Magic Kingdom will last. You’ll find height requirements, dining tips, and resort maps. If you buy the kindle version, you’ll even get free monthly updates; this is especially useful if your trip is later in the year.

2. If you’re a reader and a history buff, you might want to check out Since the World Began: Walt Disney World- The First 25 years. Although this is a little outdated, interesting information like original concept drawings and construction photographs will give the whole family good, basic knowledge of the planning of Disney.

Since most Disney visitors aren’t lucky enough to live in Central Florida, most people will either fly or have a bit of a drive to get to Disney World. Whether you are traveling to Orlando, lounging by the resort pool, or running around the parks, there are some books that will help you and intrigue you.

3. Imagineering Field Guides, which are written by Disney Editions, are your personal tour guide to every Disney Park. Some of these guides haven’t been updated in a while either, but they still give details about art, inspiration, and history of each park.

4. The Thinking Fan’s Guide to Walt Disney World: Magic Kingdom, by Aaron Wallace, gives the Disney veteran and up-and-coming fans alike the story behind the story. Learn about the history, literature, and lore with a chapter dedicated to every land in Magic Kingdom then a more detailed look at the culture and story behind the attractions themselves.

5. It’s Kind of a Cute Story is written by Disney Artist and Imagineer Rolly Crump. He tells little-known stories of Walt the man.

Does the magic really have to end when you leave Walt Disney World? Not at all! Satisfy your curiosity. Dive deeper into the history and culture of Walt Disney World with the following books. They might even inspire you to try something new on your next trip!

7. Walt and the Promise of Progress City is also a great biography that offers a more detailed look at Walt’s motives and hopes for The Florida Project. Author Sam Gennewey suggests that Walt is so fascinated with the problems of society and urban planning, including mass transit and urban dwelling needs, that this became his primary focus. He wanted to balance fantasy and reality to create a new kind of city. Although Walt didn’t live to see the project through, this was his plan with EPCOT, or Experimental Prototype Community of Tomorrow.

8. Finally, Designing Disney: Imagineering and the Art of the Show, by John Hench, offers a biography of the parks of sorts. Hench explains how and why the parks are designed the way they are including seemingly miniscule details like why Snow White’s wishing well is placed in its location.

What is your favorite Disney how-to and why book?