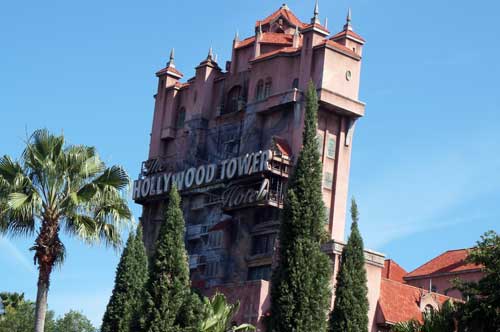 There’s a lot going on at Disney’s Hollywood Studios.

It seems like they’re constantly announcing more closures, and some wonder if it’s even worth visiting the park anymore. We’ve even heard that the park is getting a new name one of these days.

Does Hollywood Studios even still have an identity?

When it opened in 1989 as Disney-MGM Studios, there were soundstages where real TV shows were filmed and animators who worked on full-length feature films right in the park. When Michael Eisner, then CEO, opened the park, he said it would be “a Hollywood that never was and always will be.”

While this is definitely a time of transition for the park, some of our favorite attractions and dining options are sticking around through construction.

Although many attractions have closed, these three aren’t going anywhere. They’re quite popular, and FastPass+ reservations are highly recommended and dare I say necessary.

Rock ‘n’ Rollercoaster is likely the most thrilling coaster in all of Disney World. It is, after all, the only one that includes inversions (three total), and it’s certainly the fastest at 0-57mph in just under three seconds. At the first inversion, riders experience 3.5 G-forces. With its big drops, loud music, and fast stretch limos, this is definitely a ride for thrill-seekers only.

Twilight Zone Tower of Terror is an iconic attraction of Hollywood Studios literally towering above property. The only attraction taller than the tower is Cinderella Castle. It’s themed after the Hollywood Tower Hotel at which five people met their fate on Halloween night in 1939 when the hotel’s elevator shaft was struck by lightning. Today’s riders get to experience the hotel as it was in all its glory in the queue then board the elevator, which has eight random drop sequences so you’ll never know what to expect. It’s part of the thrill!

The Toy Story movies are some of Pixar’s best, and they inspired Toy Story Midway Mania, which may just be the most popular ride in Disney’s Hollywood Studios. People rush to this attraction, and the only time the standby line is even manageable is in the early morning hours. For the rest of the day, FastPass+ reservations are necessary, but even those go quickly!

Even restaurants are closing in anticipation of the huge makeover. These table-service options are pretty popular and can fill up even on slow days. Although you could take your chances, I highly recommend making Advance Dining Reservations if you have your heart set on any of these locations.

Like Tower of Terror, Hollywood Brown Derby has its roots in Hollywood, California. The famous Brown Derby Restaurant in Hollywood, which opened on Valentine’s Day in 1929, is replicated in Florida on Hollywood and Vine. The Disney World version serves up some of the best food in the park for lunch and dinner. This American-style restaurant is true to its namesake with menu items like the Cobb Salad. Entrees here are a bit pricey, but it’s worth the splurge!

The 50’s Prime Time Café transports diners back to the 1950s complete with Formica counters, black and white cartoons on TV, linoleum floors, and waitresses who will scold you for having your elbows on the table and for not finishing your veggies- just like Mom!

Hollywood Studio’s Sci-Fi Dine In Theater is in a class of its own. The unique theming of dining in a car under a star-lit sky with waiters and waitresses coming to your car will have you feeling like you’re a teenager again.

There’s a lot of variety to choose from when it comes to the food, but I suggest sticking to the basics of a burger and shake. Keep it nostalgic!

When you just need something quick, the counter-service locations are the way to go.

If there’s one thing that Hollywood Studios doesn’t have a shortage of, it’s cafés, coffee, and pastries. The Trolley Car Café is one of the newer locations, and it’s home to Starbucks! Get your fix with a frappe, a smoothie, an espresso, or a Teavana tea, and pick up a snack while you’re there. That’s all you need to keep you going and going!

The ABC Commissary doesn’t have a ton of variety, but what it does have is delicious and quick including an Asian Salad with or without chicken, a chicken club, a bacon cheeseburger, or a New York Strip Steak. Dessert includes a chocolate mousse, strawberry parfait, German Chocolate cupcake, or a Darth Vader peanut butter cupcake.

While you enjoy your food, take in the Art Deco theming complete with film posters past and present and movie trailers playing on the TVs.

You can’t get much more “Disney” than a turkey leg! At this stand on Sunset Boulevard, guests can get a turkey leg with chips or baked beans and corn and a beverage including those of the adult variety. What more do you need?

Will you visit Hollywood Studios during your next Disney World vacation?