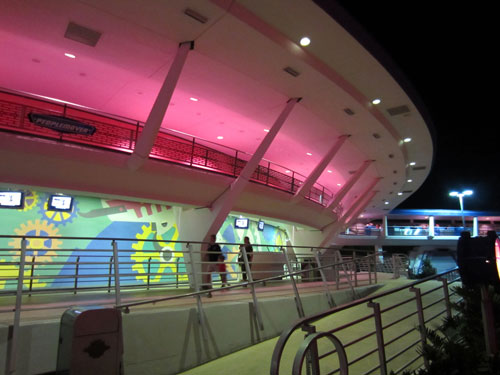 Whenever I write a “top ten” (or some other number) article about Walt Disney World, I know that I may get myself into trouble. There is no way to prove what the true “top” items are on almost any list. Much of the information is based on opinion.

In writing this article about the top six attraction songs in the Magic Kingdom, I may really be asking for trouble.

Over many years, Disney has worked with an amazing array of talented performers, composers, and musicians. Many people describe Disney songs as the soundtrack of their childhood. It’s really hard to pick out the best songs when there are so many amazing songs from which to choose.

Coming up with a list of the top attraction songs in the Magic Kingdom wasn’t easy. In addition to limiting the number, I also decided to pick just one song from each land.

With hopes that I won’t upset anyone too much, here is my list of the top six attraction songs in the Magic Kingdom, by land:

For the time of your life

You ought ‘ta find yourself here

You have the mind to appear

I have to admit, I think the Main Street USA Trolley Show is simply awesome. When I see people running down Main Street and completing ignoring the Trolley Show as they make their way to Space Mountain or Splash Mountain, I have to restrain myself from yelling “hey, stop and check out this awesome show!” The show truly adds to the atmosphere of Main Street USA and is fun to watch. It also sets the tone for a great day at the Magic Kingdom.

Welcome to our tropical hideaway, you lucky people you!

If we weren’t in the show starting right away,

We’d be in the audience too

You might notice that the Sherman Brothers wrote three of the six songs on this list. They are Disney Legends and are a critical part of Disney history. The Tiki Room song is classic Sherman Brothers music. You only have to hear this Adventureland song once to remember it for a lifetime.

When the crypt doors creak and the tombstones quake

Spooks come out for a swingin’ wake

I have read many times now that when Imagineers were trying to clarify the concept for the original Haunted Mansion attraction, there were many different opinions. Some wanted a very scary attraction, while others wanted one that was full of humor. In the end, the Haunted Mansion that appears in the Magic Kingdom and other Disney parks around the world is a wonderful compromise of scary and funny. The classic song Grim Grinnin’ Ghosts is part of what makes attraction fun.

Zeek and Zeb and Ted and Fred

And a bear named Tennessee.

Even if country music isn’t your favorite genre, the Country Bear Jamboree is a hoot. The bears, the corny jokes, and the catchy music make for a fun show. The next time you are in Frontierland, stop in and check it out!

That is time we’re aware

It’s a small world after all

It could be the most loved and hated of all Disney songs. Love it or hate it, you can’t argue that It’s A Small World is a song that has made a huge impact.

Shining at the end of everyday

And tomorrow’s just a dream away

The pre-show for The Carousel of Progress plays a video of Walt Disney himself working on the attraction. The video claims, and I believe, that Walt simply loved this attraction. It also shows Walt at the piano with Robert and Richard Sherman discussing music for this attraction.

I once heard that one of the Sherman Brothers described writing the music for the Carousel Of Progress as one of their most difficult assignments. They said it was as if someone gave them a shoe and told them they needed to design a foot. The music had to convey a specific message, adapt to the musical styles of many different time periods, and fit into an exact number of seconds required for the rotation of the theater.

Do you like the attraction music at the Magic Kingdom? What’s your favorite song?