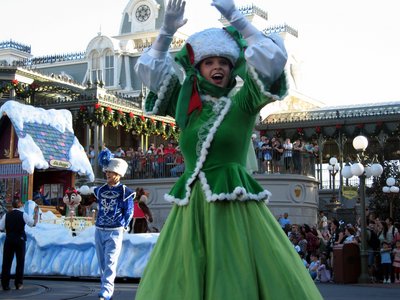 Toddler-aged children do not have the same interests, stamina, or attractions available to them as older children, and parents should not plan for the same kind of experience with a two or three year-old as they would with a six or seven-year old.

Minimum height requirements create some of the basic differences. Kids above toddler-age are able to ride just about every ride at Walt Disney World, particularly at Magic Kingdom. Not so for toddlers, who will have to sit out some of the most iconic rides such as Splash Mountain and Space Mountain until they pass through a few more growth spurts.

Toddlers are going to need some help navigating a theme park for an entire day. They may be full of hard-to-contain energy at the beginning of the day, but at some point their little legs are going to give out on them. The most prepared parents will come armed with some kind of toddler transportation device e.g.; a stroller or a backpack so that their day doesn’t have to end when their toddler is spent.

Toddlers need naps. Most children (and most adults for that matter) can benefit from some down time in the middle of the day, but toddlers will become little bundles of cranky waiting to explode without a nap.

Fortunately, many toddlers are able to sleep just about anywhere when they get tired, and may be able to pass out in your toddler transportation device. If so, the burden of hauling a stroller or backpack around with you all day suddenly becomes a convenience. However, make sure that your toddler really can sleep comfortably and well in the stroller – it’s only convenient if your child actually has a good nap.

We tend to think of small children having very short attention spans, but they can occasionally have exhaustively long attention spans. Toddlers are frequently happy to hear the same story or watch the same movie over and over, and the same principle holds true at theme parks.

While you are eager to see as much of each park as possible, don’t be surprised if your toddler wants to see the same show or ride the same ride over and over (and over.) Groups with older kids in addition to a toddler often find it best to split up, so that one parent can do toddler-centric activities while the other takes on a more ambitious and varied program.

At the same time, toddlers aren’t great with the concept of delayed gratification. Long lines are an unavoidable reality of Walt Disney World, and toddlers are rarely philosophical during these long waits. It can be a good idea to have a variety of ways to keep your toddler entertained during lines or long walks from one part of a park to the other. Coloring books, disposable cameras, old iPods loaded with fun music, or even smart phone games for the modern, tech-savvy toddler are great options.

A hungry toddler is a tired and cranky toddler. Keep snacks on hand to keep your toddler fueled throughout the day so that you don’t have to stop multiple times during the day to purchase food, and so your toddler doesn’t have to wait until the rest of your group is hungry. You can bring snacks with you that you know your toddler likes, or purchase surprisingly inexpensive munchies such as the Chip & Dale Snack Company Tiny Treats.

What do you think about taking at toddler to Disney World?