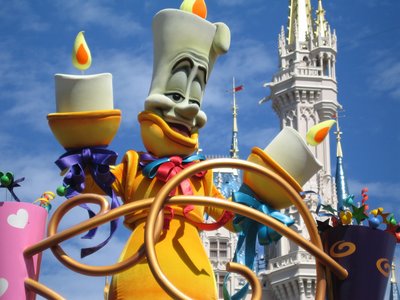 Are you looking for a fun place to spend New Year’s Eve? You know that every restaurant and club out there in the ‘real world’ will be packed, and perhaps those places may not quite fit your style. How about ringing in the New Year at Disney World? There, you will be immersed in a festive, family-friendly atmosphere with plenty of fun things to do.

New Years Eve is traditionally one of the busiest days of the year. In fact, it may well be the busiest single day of the year. When the theme parks get that full, Disney often has to stop admitting new visitors. Disney implements closures in phases, where a “Phase 1 Closure” means casual guests are turned away (those without a Disney World ticket or with just a one-day ticket) up to “Phase 4 Closure” where both the theme parks and the parking lots don’t allow anyone else in.

The closure levels can change based on the time of day. The park may stop admitting guests at 10am, but then starting admitting them again at 5pm if enough people have left the park.

The moral of his story is to plan to arrive when the park opens, and plan to stay in that park all day. Don’t take a chance of leaving mid-day with hopes of returning later, since you might not be able to get back in.

Disney’s Animal Kingdom will close well before midnight, even on New Year’s Eve. This means that you will need to choose from among the three remaining parks if you want to stick around until midnight: the Magic Kingdom, Epcot, or Disney’s Hollywood Studios – all of which will be open until at least midnight.

All three of these parks will have a great fireworks show, but the ones at the Magic Kingdom and Epcot are normally assumed to be a bit more spectacular. Those two parks are normally the most popular, so you will likely be able to see and do a bit less at these parks, and perhaps squeeze in a few more attractions or shows at Disney’s Hollywood Studios.

But then again, all three parks will likely be maxed out, so it may not make a huge difference.

Everything will be busy, and every activity from taking in a ride to getting a meal will mean waiting in a line. But many shows have huge capacities compared to rides, so you may be able to see and do a bit more if you take in shows vs. focus on attractions.

4 – Be Prepared For Crowds

So this may go without saying given all the information above, but prepare yourself mentally for the huge crowds. Realize that you will be in a mass of people. A few folks may get grumpy. And lines will be long. But remember the next point…

5 – Remember To Have Fun

It may be easy to get angry if someone steps on your toes or you need to wait for two hours to get on a single attraction. But remember that you are there to have fun and that you are in one of the most magical places on earth. Relax, have fun, and ring in the New Year with many thousands of your newest close friends!

Do you like the idea of spending New Year’s Eve at Disney World?