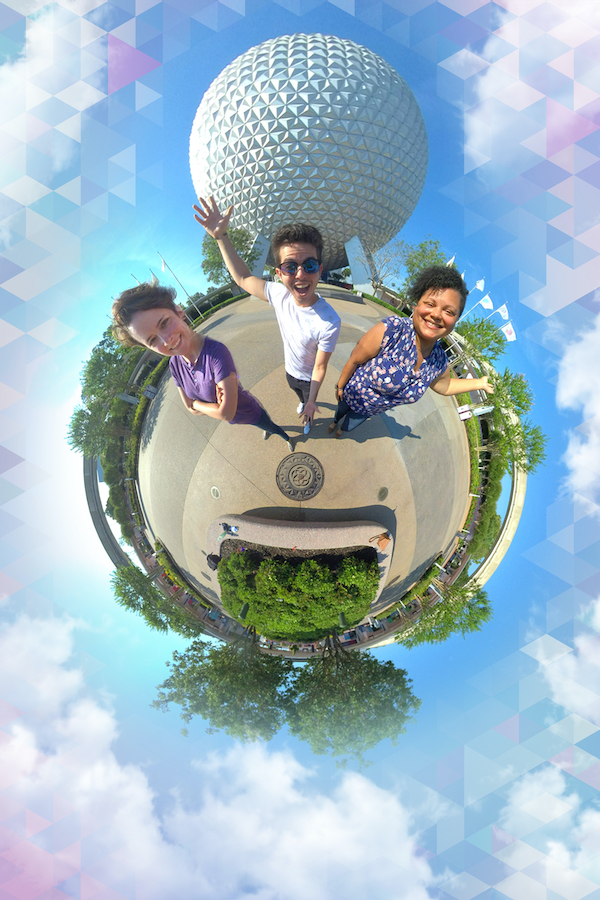 In recent months, the Disney Parks have taken several strides to improve their PhotoPass Service. Most of the Parks now have their standard photography in addition to some pretty high-tech and innovative ways to make memories.

The newest of these options is called the Tiny World Magic Shot. In this imaginative photo op guests will be a part of a pretty unique photograph where it will appear they are on top of the world.

Let’s take a look at what Disney Parks had to say about Tiny World Magic Shot:

Disney PhotoPass Service’s Tiny World Magic Shots make you feel like you’re on top of the world, and there’s no better fit for a photo op like that than at EPCOT!   Before you travel the globe, be at the center of it when you capture the brand-new Tiny World Magic Shot from the Disney PhotoPass photographer located near the fountain just beyond the main entrance of EPCOT, available daily from noon to 6 p.m. (weather permitting).

Want more Tiny World Magic Shots? We’ve got them! Be in the center of the action near Star Tours – The Adventures Continue at Disney’s Hollywood Studios. Or, create a circle of your life near the exit of It’s Tough to be a Bug! at Disney’s Animal Kingdom Theme Park. You can enjoy other Disney PhotoPass exclusives during your visit, including attraction photos and videos, classic Magic Shots, virtual backdrops at the Disney PhotoPass Studio at Disney Springs, and Super Zoom Magic Shot videos available at Disney’s Animal Kingdom Theme Park, Disney’s Hollywood Studios, and Magic Kingdom Park.

Excited to try out the new Tiny World Magic Shot?