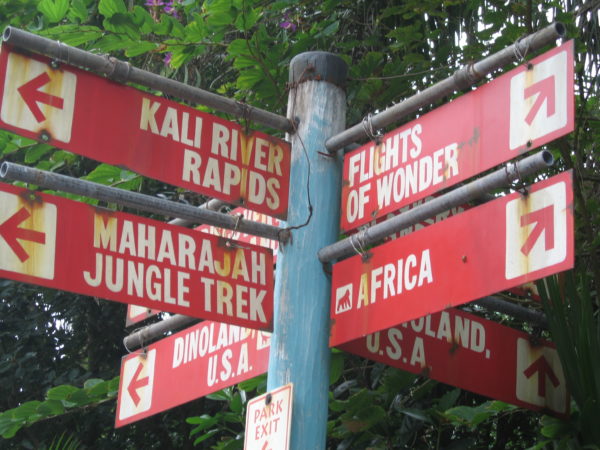 Disney’s Animal Kingdom is home to a couple of the few remaining Sumatra tigers in the world, and now there are two more cubs!

Disney announced on Wednesday, August 23rd, 2017 that Sohni gave birth to two Sumatra tiger cubs, a first in the history of Animal Kingdom. The cubs and Sohni are being monitored around the clock by specially trained veterinarians to make sure that everyone is doing well.

This development is very significant because the Sumatra tiger was placed on the critically endangered list in 2008, and there are estimated to be fewer than 500 left in the wild.

The Sumatra tiger is native to Sumatra, Indonesia, and is distinctly different from other mainland tiger species. They are darker in color with broader and more frequent stripes that turn to spots near the ends, on their backs, flanks, and hind legs.

The two cubs are part of a program called the Species Survival Plan, which is overseen by the Association of Zoos and Aquariums. If Sumatra tigers are not bred in controlled environments, they face almost sure extinction with major threats to their survival being deforestation of their habitats, poaching, and illegal wildlife trade. Even though all of this is illegal in Sumatra and other places, pelts and other tiger parts can be found for sale.

Five other Sumatra tiger cubs were bred in this same program with three being born in February 2014 and two more born in June 2016 all in the London Zoo.

This is a very exciting time for Disney’s Animal Kingdom, but you’ll have to wait several months before you can see the new cubs so they can get acclimated to their new home and bond with their mother. Once the vets have determined that they’re good to go, they will be on exhibit in the Maharajah Jungle Trek, so keep an eye out and don’t be afraid to ask the keepers about them! Even if they aren’t on exhibit, I’m sure they’d love to tell you about them!

If you just can’t wait, check out this video of the new cubs with their Mama!