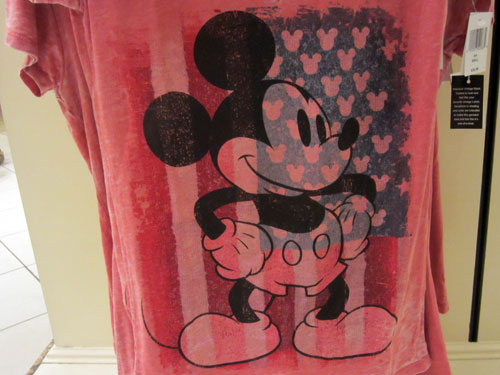 Disney has a long history with the military dating all the way back to the founder, Walt Disney himself. Walt tried to join the military to follow in his brother’s footsteps but was denied because he was too young. He actually lied about his age.

Roy spent time in the Navy, and so did several other Disney executives including Card Walker and Ron Miller (Walt’s son in law).

Whether in a time of peace or a time of war, the men and women who enter the armed forces usually voluntarily risk their lives to protect the freedoms we often take for granted in the United States.  They deserve recognition in the real world for what they do and have done.

In addition to the sacrifices of the military members themselves, military families have wagered much as well. Spouses often put their lives and careers on hold to support the family at home while the other fulfills his or her duties.

Disney World is unique even in the Disney Parks family in how they honor military personnel. While this isn’t an exhaustive list, let’s take a look at the top three ways Disney honors military veterans and their families.

Shades of Green is a resort on Disney property exclusively for active and retired military members and their families. It was remodeled about ten years ago with deluxe accommodations usually at prices similar to Disney’s moderate hotels.

While this resort is not owned or managed by Disney, being on Disney property allows guests to take advantage of many of the amenities including free transportation in Disney World and inexpensive transportation to and from Universal Studios and Sea World. Shades of Green is also the only non-Disney resort that gives guests the benefit of Extra Magic Hours.

If you would rather stay at a Disney World Resort Hotel, you’ll be happy to know that Disney provides veterans with discounts on both hotel rates and ticket prices. Usually, veterans are eligible for up to 40% off hotels including Deluxe Resorts and a significant discount on ticket costs.

A Disney Resort is the way to go if you want the full Disney experience with amenities. Since Shades of Green isn’t owned by Disney, it isn’t feasible to offer everything Disney Resort guests get. Therefore, Disney makes sure that their accommodations are affordable for veterans and their families.

The Flag Retreat Ceremony takes place at 5:00 pm (1700 hours) everyday in Magic Kingdom. The Magic Kingdom Color Guard and the Philharmonic march to the flagpole where they lower the flag and ceremoniously play the trumpet solo, “Retreat”. During this time, veterans are encouraged to salute, a tradition typically reserved for those in uniform. After the flag is lowered, it is folded, and the Philharmonic plays God Bless America.

The best part is that a special veteran guest is chosen from the audience and presented with the folded flag. This touching event honors vets every single day. Disney notes that it’s a small token of thanks for a veteran.

Do you think Disney does a good job with honoring military veterans?