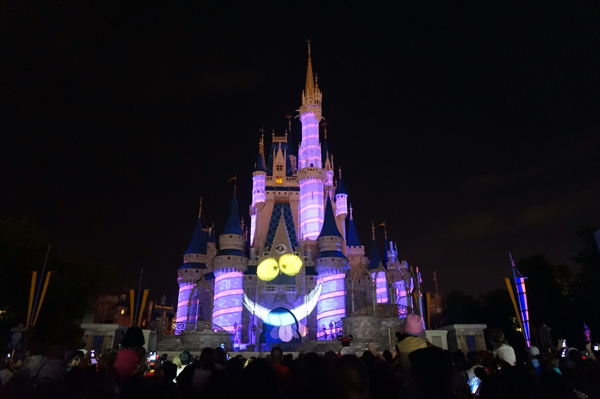 Walt Disney didn’t accomplish everything he did on his own. He needed help, support, and faith from people in the entertainment industry. Disney has been able to accomplish so much because they realize they can’t do everything alone.

Disney recently announced that Panasonic Projection Imaging Systems would be the official projection technology of both Disneyland and Walt Disney World.

Disney is focused on producing the best entertainment in the industry for their visitors and fans, and Panasonic is no stranger to the entertainment industry either. They’re already providing projection services for attractions in Disneyland and in Disney World. In Magic Kingdom, the Haunted Mansion and Seven Dwarfs Mine Train use Panasonic technology. In Epcot, the new Frozen Ever After attraction in Norway and Mexico‘s Gran Fiesta tour Starring the Three Caballeros feature Panasonic projection. Disney’s Animal Kingdom‘s Pandora: The Land of Avatar will also use Panasonic in the Na’vi River Journey.

By making this partnership official, Disney and Panasonic can work to create more and better projection and they may even create proprietary technology that only Disney can use making the entertainment even better and more exclusive.

Ethan Allen is known for their high-quality home furnishings that are stylish and fun. Now, they’ve created a line that just might inspire Disney fans to redecorate.

The 500 plus piece collection features everything from nursery décor and wall art to lighting and full-size furniture pieces. The designs are exclusive to Mickey and Minnie, so they’re mostly black, white, and red. The pieces range in price from $19 to $1500, and they’re sophisticated and fun.

To make things even more interesting, some pieces feature retro designs and even hidden Mickeys. They’re also created on a smaller scale so they would be perfect for a condo or an apartment.

Snapchat targets millennial viewers through their popular social media platform. Disney has worked with Snapchat in the past to create LiveStories for the Academy Awards. Now, they’ll work together to create specific shows for other popular Disney Company content.

The first one corresponded with the new season of The Bachelor. The Snapchat exclusive show, called Watch Party: The Bachelor, was released the day after the season opener aired. It was a unique and immersive experience that allowed Bachelor fans to see what really happened during the season premier.

Disney Partnerships: too much or too little?