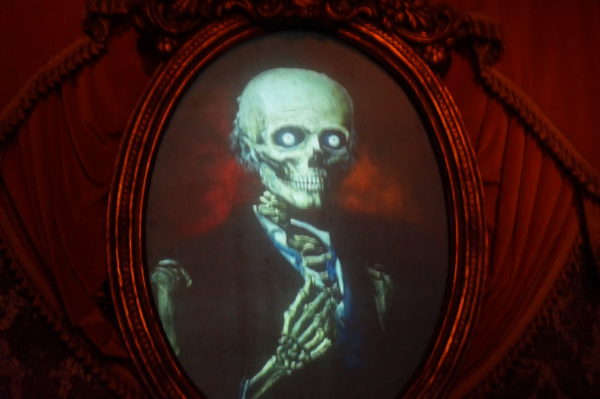 20 Things you Can’t Bring to the Disney Parks

Disney World is the place where dreams come true, but you can’t necessarily bring whatever you want on your vacation.  Some of these things are totally off limits, while other things are okay in some places at some times.

Let’s take a look at 20 things you can’t bring to the parks!

You cannot bring any alcohol into the Disney World theme parks or water parks. While you can bring them into the Disney resort hotels and even buy them in the stores at the hotels, they are absolutely off limits to bring into the parks.

You can, however, purchase alcohol at all of the Disney World theme parks including, recently, all of the table-service restaurants in Magic Kingdom. This isn’t the same on the West Coast though; Disneyland still bans the sale of alcohol.

4 – Most forms of transportation

Disney also bans most forms of transportation including wagons, skateboards, rollerskates and roller blades, unicycles, bicycles, and tricycles. Heelys, shoes with wheels in the soles, aren’t as popular as they used to be, but they’re also prohibited.

You can bring electronic conveyance vehicles (ECVs), wheelchairs, and strollers, but strollers larger than 36″x52″ are not allowed.

Disney absolutely bans all weapons whether real or toy. You cannot bring guns or anything resembling a gun, box cutters, razor blades, pocket knives, mace, pepper spray, stun guns, or anything like them. More on this later.

Whether by land or air, you can’t bring in anything that’s remote controlled either including RC cars or drones. With so many people, you can imagine how something remote controlled going down the walkways of the park would pose a safety risk. What’s more, drones pose a privacy issue since they have the ability to record and photograph guests without permission.

Disney allows you to bring in food and drinks without a limit on quantity (except alcohol). However, they do place restrictions on coolers. Anything larger than 24″ long by 15″ wide by 18″ high is prohibited. Keep in mind that any bags are subject to inspection by security before entering the parks.

From the time that Animal Kingdom opened, they have banned plastic straws because they are dangerous for the animals in the parks. Disney Parks worldwide are removing plastic straws from their parks not only to protect wildlife in the parks but also for environmental reasons. You will still be able to get paper straws, but Disney will probably not allow you to bring your own plastic straws in either for the same reasons. Since all bags are subject to inspection, they can ask you to throw away plastic straws that you bring in on your own. However, this would probably be most significant in Animal Kingdom.

Selfie Sticks were recently a huge craze, but Disney banned them pretty quickly because they were interfering with other guests’ views. They were also potentially dangerous in fast moving rides since they could become projectiles. While you can’t take them into the parks, they will hold your selfie stick at Guest Relations for you until you’re ready to leave the park for the day. It would be easier, however, if you just leave it in your room!

It’s really fun to celebrate special occasions in the parks, but if you plan to present a gift to someone in the parks, you’ll need to bring it unwrapped so security can inspect it. You can, instead, arrange for the gift to be delivered to your table at the perfect moment during your table-service dining reservation, or you can give that special someone your something special outside of the parks.

Disney absolutely prohibits selling or distributing anything to guests inside the parks. In fact, those pizza delivery menus you find slipped under the door of your hotel room are also prohibited. If you try to sell or distribute material in the parks, you may be banned.

I’m sure you’ve read stories online of guests trying to distribute their loved one’s remains on their favorite Disney World attraction. While it’s hard to confirm whether this has or hasn’t happened, doing it is strictly prohibited.  Don’t do it.  Your loved one may end up in a vacuum bag.

Disney doesn’t allow guests to bring tools into the parks either. It could be that some tools could be used as weapons. It could also be that Disney doesn’t want guests performing “unwanted work” on attractions. Obviously, this could be dangerous not only to the person performing the while if the ride is moving at the time, but it could also pose a risk to other riders either at the same time or in the future.

You don’t need to worry about bringing a fire extinguisher. If a fire breaks out, Cast Members are plenty capable of taking care of the situation at least until the Reedy Creek Fire Department arrives.

While tourists love to see random street performers in New York City, it’s not exactly as welcomed in Disney World. Besides the fact that musical instruments can be quite large and take up valuable space in Disney World, they could become projectiles on rides or jam the tracks. Disney has plenty of approved shows for guests to see; they don’t want unapproved shows popping up with content beyond their control.

Despite the fact that Disney hosts many thousands of cheerleaders every year for national and international competitions, they ban megaphones from the parks. They can be disruptive and distracting to other guests. In fact, Disney has even banned group chants. These two bans presumably go together.

One of the weirder things on this list is pots and pans, which you cannot bring into the parks. This could be for several reasons. First, they could be used as “musical instruments” especially in a percussion line. They would be noisy and distracting for other guests. You also cannot cook your own food in the parks. Disney doesn’t want you making and selling food or building open flames of any kind that could be dangerous to others. Seriously.

If you have food allergies or dietary restrictions, you can prepare your food ahead of time and pack it in your bag or cooler, or you can tell any quick-service or table-service restaurant, and they will most likely be able to make accommodations for you to eat safely.

Disney strictly prohibits any form of restraints in their parks including handcuffs, zip ties, duct tape, etc. These could be used to restrain someone against their will or attach someone to an attraction in a way that is unwanted and/or dangerous.

Golfing is a favorite pastime in Disney World where you’ll find world-class courses. However, you can’t take your clubs into the parks. There’s no reason you would need them there, and they could be used as weapons against other park goers. This ban also includes other sporting equipment like baseball bats, hockey sticks, and pogo sticks.

Finally, Disney prohibits costumes selectively. Any guest over 14 years of age cannot wear costumes except when permitted at special events like Mickey’s Not So Scary Halloween party and Star Wars: Galactic Nights. However, some restrictions apply to all costumes. No guest can wear vulgar or potentially offensive costumes, and anything that could be a weapon is strictly prohibited. All costumes must be family-friendly, and Disney reserves the right to deny admission to anyone who doesn’t meet their costume requirements.

Disney’s prohibited items: have you been told you can’t bring something into the parks?