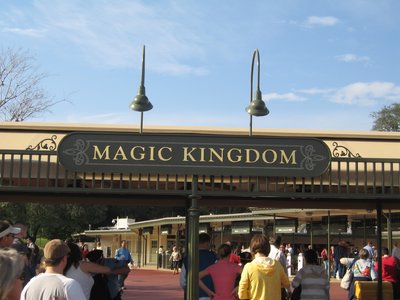 The Worlds Most Popular Theme Parks

Since that time, Walt Disney Parks and Resorts – a subset of the Walt Disney Company – has continued to grow its worldwide theme park presence, and currently gobbles up a massive percentage of the market share.

Year after year, Magic Kingdom at the Walt Disney World Resort in Florida tops the list of theme park attendance figures. Although the 2010 Global Attractions Report shows a slight drop in attendance from 2009 and 2008, Magic Kingdom still managed to outstrip the closest non-Disney amusement park by over 8 million annual visitors. To give the exact figures, that is 16.9 million Magic Kingdom visitors compared to 8.2 million visitors at Universal Studios Japan.

The other Disney theme parks worldwide are not performing so badly either. For many years running, Disneyland Park has continued to finish just below the park it inspired. In 2010, Disneyland Park managed to post an increase in attendance to bring it up to 15.9 yearly visitors, only 1 million behind Magic Kingdom. The other theme park at the Disneyland Resort, Disney’s California Adventure, was a relatively low performer by Disney standards, recording a mere 6.3 million visitors over the course of 2010.

Magic Kingdom’s fellow parks at the Walt Disney World Resort are perennially strong performers. Epcot consistently comes in 2nd to the flagship park at just under 11 million visitors, while Disney’s Hollywood Studios and Disney’s Animal Kingdom recorded nearly identical attendance figures in 2010. Animal Kingdom managed to pass the movie-themed park for the first time, coming in at 9.7 million visitors compared to 9.6 for Disney’s Hollywood Studios. In fact, Animal Kingdom was the only Walt Disney World park to grow from 2009 to 2010. As the newest and largest park at the resort, Animal Kingdom has the potential to keep climbing into 2nd place, although it is doubtful that it will ever rival the juggernaut that is Magic Kingdom.

Disney Outside the United States

In all, these figures mean that Disney theme parks attracted over 120 million visitors over the course of 2010.