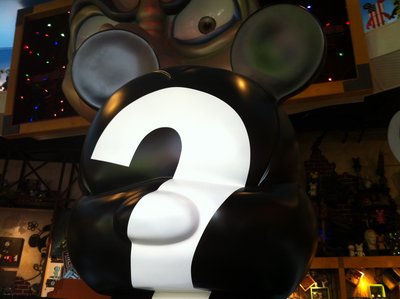 The Top Mouse – Who Will Control The Disney Company Management In The Future?

In late 2011 Disney announced that the current president, Robert Iger, would extend his employment contract from its previous end date of 2013 through 2016.  Iger started his job as president in 2005.

It is amazing to think that by the time he is ready to retire, Iger will have served in his role for 11 years.  It is especially interesting since his predecessor, Michael Eisner, was bigger than life – essentially saving the company from going under but eventually being widely criticized.  Iger, on the other hand, has been steady at running the company and taking it slowly and surely to higher and higher levels.

The folks over at The Hollywood Reporter website have written several articles about this. (Source, and Source)

Iger will make a salary of $2.5 million, plus bonuses that could go up to $12 million.  A huge sum for sure, but actually a bit on the modest side when compared for other top executives.

Disney has done a good job of planning for the future of the company by building the skills of up-and-coming managers who will be able to continue the company’s success.  This ‘deep bench’ of talent includes both Tom Staggs, the current head of Disney Parks and Resorts, and Jay Rasulo, the current Chief Financial Officer.  These two actually swapped jobs some time ago so that each could get more experience.  Rasulo was a theme parks operations guy who is now learning how to deal with the money side of the business and Wall Street, while Staggs was a financial guy who is now learning how to run theme park operations.

The general public seems to have mixed thoughts about Staggs, who seems to be the frontrunner to take over for Iger as the President of the Walt Disney Company when Iger does actually retire.  Some think that his financial background makes him a good fit for the job and investors will love him.  Others think that he isn’t a visionary who has the perspective of a company leader.

Further Down The Hierarchy

In the next level down in the management ranks, Anne Sweeney and George Bodenheimer who run Disney’s television businesses could be moved into roles vacated by Staggs and Rasulo if and when they move into the top positions.

It will surely be interesting to watch all the changes in the executive ranks at Disney as the next few years unfold.