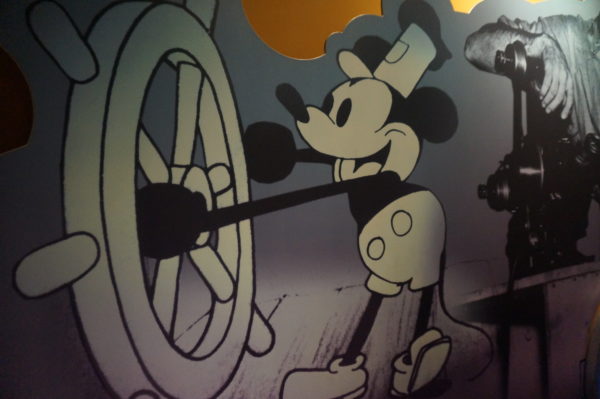 On November 18th, 1928, Walt Disney released his first theatrical film featuring an early version of Mickey Mouse at the Colony Theatre in New York City, so every year on November 18th, we celebrate Mickey’s birthday!

This year, Mickey is traveling the globe to celebrate his birthday with his biggest fans. Let’s take a look at the top five ways to celebrate Mickey’s birthday this year!

Mickey is taking a road trip to China, Japan, Chile, Canada, England, and back home to the United States to celebrate his birthday with his biggest fans. He’ll be visiting Shanghai Disney Resort in China and Tokyo Disneyland in Japan. What’s more, a little known fact is that many Disney World Resort visitors come from South America, and especially the country of Chile.

His final appearance will be on November 15th on the popular morning show, Good Morning America.

If you’re going to be in the area, you could join Mickey at any of these locations. Good Morning America is filmed in New York City’s Time Square. If you can’t make it to the show, you can watch on your local ABC channel. Disney is the parent company of ABC.

All of the Disney Parks will be celebrating Mickey’s Birthday on November 18th! Walt Disney World and Disneyland will distribute special commemorative “Happy Birthday, Mickey” buttons much like the celebration buttons guests can get for free at Guest Relations.

Disneyland will host a parade featuring Mickey’s friends and the Disneyland Band. In Magic Kingdom, characters and performers will celebrate Mickey’s birthday during the Move it! Shake it! Dance and Play it! parade with a special birthday-themed song.

There will also be celebrations in the international Disney Parks including Disneyland Paris, Tokyo Disney Resort, Hong Kong Disneyland, and Shanghai Disney Resort. All parks will have commemorative treats, merchandise, and photo opportunities.

If you can’t travel very far but want to honor The Mouse, this is a great way to celebrate!

Disney television channels will celebrate in their own way. Disney Channel and Disney Junior will show marathons of Mickey and the Roaster Racers and Mickey Mouse Clubhouse starting November 17th and lasting all weekend.

On November 18th, Disney Channel will show Mickey Mouse shorts every half hour and will premier The Birthday Song short where Minnie Mouse loses the notes to Mickey’s Birthday song and has to find them to save the party. Can you help?

Finally, everyone can celebrate Mickey’s birthday on social media by following him on Facebook and Instagram. You can use the hashtag #HappyBirthdayMickey on these sites to find other people who are celebrating.

Disney’s games and apps will offer Mickey-themed content and giveaways, and Disney websites will be posting Mickey-related content.

How will you celebrate Mickey’s Birthday?