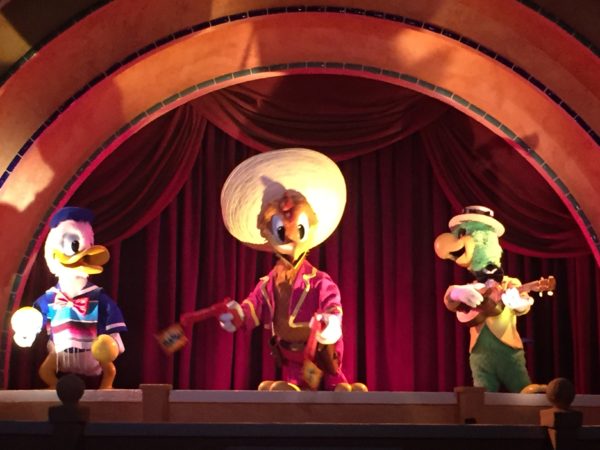 With the recent opening of Pandora: The World of Avatar at Disney’s Animal Kingdom, a big topic that’s come up among Disney-goers is wait times and how to avoid them.

Getting a FastPass+ for the most hyped attraction, Flight of Passage, is about as rare and exciting as scoring a golden ticket to the Wonka Factory. If you aren’t among the lucky few to score a FastPass+ for either of Pandora’s new attractions (the second one is Na’vi River Journey), you’re likely to wait in long lines no matter what time you visit this summer. Lines over two hours have been reported for those just waiting to get into the land itself not to mention the lines for the attractions, the gift shop, and the restaurant.

While I’m sure the waits will ease up a bit, I wouldn’t bet on the long lines dying out completely once the summer ends. Frozen Ever After, the new Frozen attraction over at Epcot’s Norway Pavilion, opened in June of 2016, and waits for that ride are still listed at 80 minutes or longer almost a whole year later. It appears that the more recent an attraction is, the longer wait it’ll have.

That’s why I’ve compiled this list. There are plenty of good attractions that you can ride and enjoy without having to book a FastPass+ 90+ days out. For these rides, you don’t have to wake up at the crack of dawn and get to a park for rope drop and rush with other guests trying to get in line while having your heels crashed into by strollers. You can just walk up and enjoy. These are the rides that, when they do have a long wait time, you know it’s a busy day at the parks.

Here are some of my favorites:

I know a lot of people have been knocking this Fantasyland attraction lately, saying that the 3D effects are outdated and that newer movies should be added in. While I agree that this show could use a nice update (maybe some sharper screens and upgraded speakers), I think Mickey’s Philharmagic is a great way to escape the heat and the crowds. The longest I’ve ever seen the wait time for this is 15 minutes, and I love getting to hear all my favorite Disney songs.

The 4D effects add a nice touch as well- you smell the blueberry pie in the “Be Our Guest” scene (yummiest scent ever, in my opinion), you get splashed with water during “Part of Your World”, and you can feel the wind blowing on your face as your soar on a magic carpet during “A Whole New World”. I’ve never exited a show without hearing applause at the end, and I always leave the theater with a smile on my face.

Aside from one extreme thrill-seeker friend, I have yet to meet a person who doesn’t enjoy the good ole’ Tomorrowland Transit Authority People Mover in Magic Kingdom‘s Tomorrowland. It’s a nice way to relax and get a good tour/overview of Tomorrowland. The cars are constantly moving, so it loads very fast. You get to see Walt Disney’s original model for EPCOT, which was intended to be a city where people could live and work, and pass through futuristic scenes; not the mention, you can get a peek at rides like Buzz Lightyear’s Space Ranger Spin and your car travels inside Space Mountain.

Average Wait Time: 5-10 Minutes (However, this attraction can swell to over 30 minute waits during the summer and other holidays)

Carousel of Progress is a classic attraction with a lot of history and hardly any wait time. It first premiered at the 1964 New York World’s Fair, and still inspires emotions of nostalgia from those riders who are die-hard Disney fans. For those who don’t ride for the history, they ride for the respite from the 100-degree heat and a place to sit in the air conditioning for twenty minutes. This is a rotating theater that can load a bunch of guests every five minutes or so, and the show is entertaining (more entertaining, than, say, Stitch’s Great Escape). I feel that I’ve come to appreciate it more as I get older. I enjoy hearing about all the innovations we’ve come up with over the past century, and I even snicker at John’s corny jokes (he’s the main Audio-Animatronic character and narrator).

It is well-known by now that the last scene, which is supposed to take place in the near future, is a little outdated, but I still enjoy the talking stove and Grandma getting excited over winning the virtual reality space game. The theater is also indoors, so it’s a great ride to go on during those short Florida summer thunderstorms that blow over within an hour. Heck, if you exit the ride and find it’s still raining, just go on again. It’s better than standing in a crowded gift shop with everyone else in sticky, plastic rain ponchos.

Right next to door to this attraction is the Norway Pavilion, home to Frozen Ever After and it’s never-ending lines. However, at the World Showcase Mexico Pavilion, you can enjoy a quaint, laid back boat ride that takes you through the culture of Mexico and on a hunt to retrieve Donald Duck for a Three Caballeros concert. The screens are neat, the animatronic “Day of the Dead” scene is like a macabre version of “it’s a small world”, and the fiber-optic fireworks that burst over the ceiling during the finale are beautiful.

I love the beginning of this ride too where you get to glide past diners eating at the San Angel Inn restaurant. It’s very reminiscent of the Pirates Of The Caribbean attraction at Disneyland, where the boats start off by riding past the Blue Bayou restaurant in a twilight setting. The inside of the Mexico Pavilion is always “twilight” as well, so you get that nice, cool, nighttime feel. And, if you are so inclined, there’s a tequila bar nearby to make your trip even more enjoyable after (or before) your ride if you’re into that! Just don’t go overboard (pun intended).

I may be biased in mentioning this, since I used to work at Animal Kingdom. I know a lot of people are terrified of this attraction. However, up until Pandora opened, this 4-D movie hosted one of the most advanced Audio-animatronics in Walt Disney World (Hopper, the villainous grasshopper from A Bug’s Life) and if you don’t have a deathly fear of insects or sensory issues, then this attraction is quite entertaining. You get to learn how bugs really do make a difference in our world despite how much we hate it when we see ants or spiders in our home. The theme song is also really catchy, and the queue is very cool- walking up to the ride, you must head through winding trails around the Tree of Life (Animal Kingdom’s park icon), which has over 300 animals carved into its’ trunk and branches.

This show does contain loud noises and moments of complete darkness, and when I used to work at the Kid’s Club (now Wilderness Explorer) station outside the exit to the ride, I always saw parents leave the theater early with screaming, crying children. However, if you can brave it, this is definitely a fun and worthwhile attraction to spend some time in, and a great way to beat the heat (and maybe, just maybe, even learn a thing or two).

Where in Disney World do you go when lines are long?