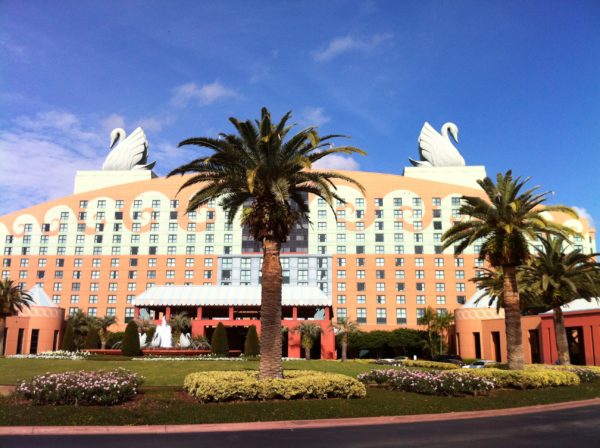 Disney resort hotels are expanding! With a Star Wars themed hotel in the works, a grand tower at Disney’s Coronado Springs almost complete, and a Disney Vacation Club Riviera Resort promised, accommodations are increasing both in number and excitement.

Now, Marriott International has announced that they will build a new tower hotel called The Cove. It will sit across from the existing but newly renovated Swan and Dolphin hotels, which Marriott also owns. That also puts it within walking distance of Epcot, Disney’s Hollywood Studios, Disney’s Boardwalk Inn, Disney’s Yacht Club, and Disney’s Beach Club. It will also be near Fantasia Gardens Miniature golf Course.

The Cove will have 349 rooms for a total of 2,600 rooms across all three hotels. There will also be a rooftop venue for weddings and special events. The hotel will be specifically designed for large groups who have outgrown Marriott’s existing accommodations.

The new hotel will also get frequent travelers who collect Marriott reward points another opportunity to stay on Disney property.

A Marriott spokesperson says that they have seen massive growth in guests lately and they expect even more with the new Star Wars: Galaxy’s Edge opening next year. Because of this, they expect the new hotel to open in less than two years.

The Cove hotel on Disney property: yes or no?