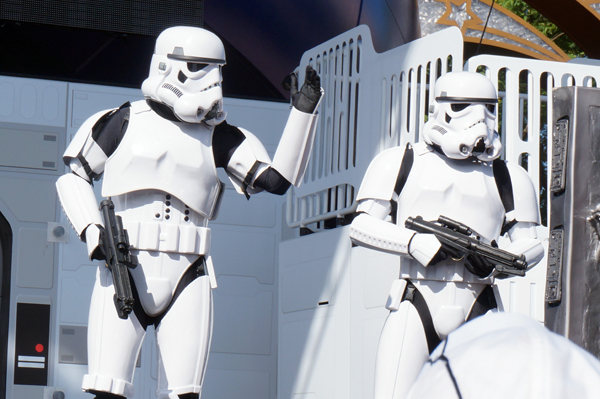 The Loss of Leia: What Does Disney Do Now?

When Disney purchased the Star Wars Franchise in 2012 for a little over $4 billion dollars, they knew they were getting something that is not only a pop culture icon but something that is still popular today and will be popular in the future.

Disney decided to create three more movies in the saga beginning with Episode VII: The Force Awakens in 2015, which is the third highest grossing film in history at over $2 billion dollars.

They’re also in the process of rebooting Disney’s Hollywood Studios, and Star Wars Land promises to play a huge part. In fact, even as other parts of Hollywood Studios are coming down, Star Wars is making a bigger presence with shows and characters.

Everything was looking good for Disney and LucasFilm until one of the most iconic Star Wars characters, Princes Leia, played by Carrie Fisher since 1977, suffered a massive heart attack. She was reportedly on a transatlantic flight to Los Angeles when she required medical attention on the plane. She was taken by ambulance to the hospital where she never regained consciousness. She passed away on December 27th leaving Star Wars fans in understandable dismay.

The Future of Leia

Disney is in the process of creating the last of the nine-film series. Fisher finished filming Episode VIII, which is set to release on December 15th, 2017 but is so secret that we still don’t even know a title.

Fans expected her to play a key role in Episode IX. However, Episode IX hasn’t even started filming yet ahead of it’s scheduled 2019 release.

Star Wars fans are left wondering what the future of Princess Leia will look like- literally. There are a couple possibilities, none of which are ideal.

Disney and LucasFilm has a massive library of film of Fisher. They could pull from that library and create a CGI (Computer Generated Image) version of the character for Episode IX. This could be a long and tedious process though, and this is the least popular option among fans. What’s more, if Disney decides to go the way of CGI, they’ll have to request permission from Fisher’s estate. A California law enacted in 1985 requires filmmakers to have permission to use the person’s image for up to 70 years after their death. While this probably wouldn’t be a problem, it still requires a lot of red tape, so to speak.

Another very unpopular option would be to have a look-alike actress play Princess Leia in the final episode of the series. Some have even suggested Stevie Nicks of Fleetwood Mac. It’s unlikely that any fill-in would be a popular choice.

Disney could also decide to reshoot scenes from Episode VIII and give Leia, a Rebel Alliance Fighter and now General, a screen death. If this happens, Episode IX will also have to be rewritten to remove Fisher’s character and reflect her demise in the previous episode.

Regardless of their decision, Disney will benefit from Fisher not only in life but also in death because they had a sizeable insurance policy on her in the amount of $50 million dollars. They may not have necessarily been preparing for Fishers death, but at 60 years old, that had to be on their minds. The policy provided for her inability to fulfill the three-film contract whether this was from a disagreement, an injury, an illness, death, or any number of other things. This isn’t an uncommon thing especially in a film series situation.

We don’t know if Disney has insurance policies on other important actors in the film series like Mark Hamill, who plays Luke Skywalker and Princess Leia’s twin brother, but it wouldn’t be unreasonable to say they do since the success of the films hinges on the participation of these actors and their characters.

Whatever happens with Episodes VIII and IX of the Star Wars Franchise, it’s important that we remember that, while these movies played important roles in our formative years, the actors are people. They are human and fallible just like we are. They are susceptible to illness, disease, and death. That being said, Disney is a business and they have to do what is right for the business.

I can only assume that discussions took place between Fisher and Disney in cooperation with LucasFilm in the event that something catastrophic happened. The fact of the matter is that actors usually understand that, as the face of a character, they give up some rights to their own image for the benefit of the movie and the business.

Star Wars: A Galactic Spectacular is an amazing nighttime show with fireworks, projection mapping, fire, lasers, and other special effects. This exciting show features all of your favorite characters including Princess Leia trying to defeat the villains.

There are also many meet and greets including one with Princess Leia, C3PO and R2D2 in the new Star Wars Land.

As the land continues to develop, we can assume that Princess Leia will take her rightful place as a key character in the land.

What should Disney do with the Princess Leia character?