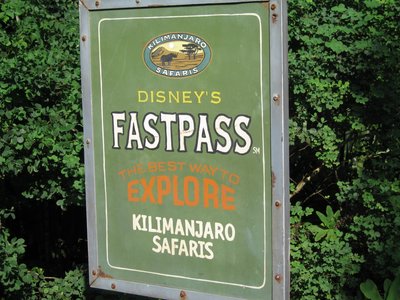 This seems to be especially true regarding the new Disney world xPass system – the Next Gen project that is designed to take today’s FastPass system to the next level and allow everyone to spend far less time waiting in lines at Disney World.

Over at the Jim Hill Media website, Jim Hill (Source) has written an interesting article with some information that he has gathered regarding how xPass will actually work.  One of his main points is that many Disney fans are currently complaining that xPass will remove spontaneity from a Disney World vacation.  He makes a good point that, four most all people, a trip to Disney world isn’t a completely spontaneous activity.  Aside from the locals, most people have to plan a long journey by car or by plane, they need to book a Disney Resort hotel, and they need to make plans for how they will spend their time at the Disney Parks and enjoying Disney World dining.

One key piece of information – or more likely a rumor – about how the new system will work is that guests will only be able to book a maximum of four xPass is each day of their vacation.  So it doesn’t seem that certain guests who are big spenders will have the opportunity to schedule and every moment of their day and take in dozens of rides and attractions with no wait – all while the unwashed masses have to wait in even longer lines.

Another in arresting point that Mr. Hill mentions is that Disney does not plan to charge for xPass.  Just as FastPass is free today, plans are for xPass to be free in the future.

Yet another tidbit that we learn from this article is that xPass should begin to roll outs in 2013 and it is likely to have a new name.  I can see that the name xPass would be confusing, sense it doesn’t really explain what the system is all about – which is two ensure guests spend less time standing in line and more time enjoying shows, Disney Restaurants, attractions – and yes, spending more money in gift shops.

All of this is likely to be great news for the typical Disney world visitor – someone who visits the resort once every few years.  But what will all of this mean for local residents in diehard fans?  What will xPass do for annual passholders and members of the Disney Vacation Club?  The current rumors say that we don’t know yet.  Disney does understand that it needs to make sure that these loyal and frequently returning visitors are well taken care of.  Not only do they spend a lot of money, but – as we said at the start of the article – they often have strong opinions and share those opinions with many people both in person and increasingly are via internet social media sites.

So what is the bottom line of this story?  Primarily that a lot of details still aren’t known or still are finalized.  Everyone should be patient and realize that Disney is a pretty smart organization when it comes to operations, logistics, marketing, and ensuring that guests have a terrific experience.

You can bet that many Disney cast members are furiously spending the one billion dollar budget for Next Gen to ensure that whenever they come up with in the end all be as good as it can be.  So, diehard Disney fans, make sure that you don’t put down something that isn’t even reality yet.  Take a breather and enjoy the anticipation that will exist until we really see xPass (or whatever it will be called) come to life.