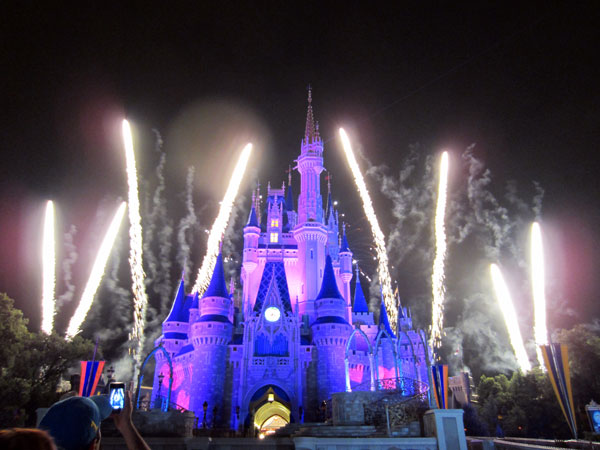 The History of the Disney Upsell

In the last couple months, Disney has announced some new (and some very expensive) opportunities to spend more and get more.

This has left some Disney fans dismayed and discouraged, concerned that Disney guests will be split into the “haves” and “have nots.”

Disney’s use of upsells isn’t new, but it is changing.

Let’s take a look at the history of the upsell in Disney parks.

Even before Walt opened Disneyland, he was shopping his ideas around- one of which was his dislike for “barkers”, or those people at the midway carnival games who do everything they can to con you out of your money for games that you can never win.

When Disneyland did open, Walt wanted his souvenir pictorial guide to be affordable for all of his guests. He thought that such an obvious souvenir would be highly visible to park goer’s friends that they would want to come to the parks and get their own. His marketing staff wanted him to charge more to make a profit, but he didn’t mind risking profit now to make more profit later. In a way, it was his form of marketing; word of mouth is always a good way to spread the word!

Walt’s business model spread a reputation of affordability, and this became part of the Disney culture. It was even part of the Cast Member training.

While Disneyland was pretty affordable in comparison, there was still a separation of the haves and the have nots in the form of tickets.

In 1972, A tickets cost 10 cents for the least desirable attractions or those with a large capacity like the Main Street Horse Cars, a Horseless Carriage, and the Sleeping Beauty Castle. B tickets cost 25 cents for attractions like the Swiss Family Tree House in Adventureland and Alice in Wonderland in Fantasyland. C tickets were 40 cents each and included things like Mad Tea Party, Dumbo the Flying Elephant, and Great Moments with Mr. Lincoln. D tickets were 70 cents for attractions like the PeopleMover. E Tickets, which were the most desirable, were 85 cents for adults and 75 cents for children. E tickets included the Mine Train Ride, Jungle River Cruise, Matterhorn Bobsleds, It’s a Small World, Enchanted Tiki Room, Pirates Of The Caribbean, Country Bear Jamboree, and the Haunted Mansion. Interestingly, these E ticket are the attractions that are still around.

With the more expensive attractions being most desirable, they were also more popular, but only the rich could afford to ride them more than once or even at all. If the mid-class could afford them, they probably only rode once.

In 1982, the A to E tickets were gone, and the all-day passport was here, and Disney World was booming! For the first time in Disney history, all tickets were exactly the same. This made for more similar experiences no matter your class.

There was still a bit of a divide between the rich and the poor albeit in a hidden fashion. Now, the wealthier crowd could be found at the table-service restaurants instead of the E ticket attractions while the more modestly endowed chowed down at the counter-service restaurants. Since these areas were separated, the middle class didn’t really know what they were missing (ah, the pre-internet days).

Marketing was also targeted at the more affluent because they were the ones who could afford to spend more for something that looked appealing. Since marketing was still pretty expensive, Disney didn’t want to waste marketing dollars on those who couldn’t afford special events anyways.

Eventually, the Internet came about and then social media became a way to reach the masses inexpensively, quickly, and easily.

The upsell started to become more visible in the early ’90s when special tours were offered for the first time. While parts of these tours took place backstage, Disney tour guides led around groups of visitors on stage too. They were highly visible, and famous people were often part of these tours since they were pricey.

When the Wild Africa Trek backstage tour opened in Disney’s Animal Kingdom, the rope bridges used for these backstage tours were quite obvious and even disrupted the view of regular guests on the Kilimanjaro Safari. For the first time, everyone could see but not everyone could do.

Upsells started to pick up speed with things like the Fireworks Dessert Party at Tomorrowland Terrace during Wishes in Magic Kingdom and the Fantasmic Dessert Party in Disney’s Hollywood Studios.

Then, Disney started charging for things that used to be free like photos at Mickey’s Not-So-Scary Halloween Party and Mickey’s Very Merry Christmas Party, parties which themselves are upsells. Free wine tastings at Epcot‘s festivals were also no more. People didn’t really complain though because it happened one at a time and so subtly that they hardly even noticed.

Now, upsells are coming so fast that we can hardly keep up. Just in the last couple months, Disney has added private cabanas at Magic Kingdom for almost $700 per day (November 27th), Highway in the Sky Dine Around (December 2nd) on the monorail for $150 per adult, and Express Transportation (December 7th) for $15 per day to make park hopping more convenient by allowing guests to skip security. They’ve also reintroduced Disney After Dark, which was poorly received last year, now charging for Extra Magic Hours that used to be included in the ticket price for all Disney Resort Hotel guests.

These things definitely cost more money and they’re even pretty visible especially with social media permeating every part of our lives, but they’re a soft upsell compared to the midway barkers who Walt wanted keep out of his parks. While Disney does market these events, it’s really the fans (like you and me) who spread the word.

Does Disney offer too many upsells these days?