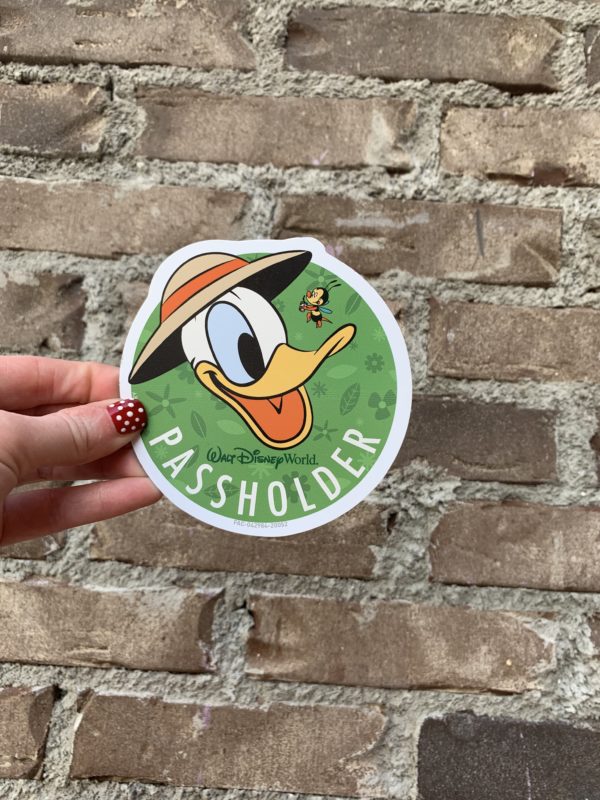 The History and Future of Spike the Bee

If you’ve attended or seen the marketing material for EPCOT’s International Flower and Garden Festivals in recent years, you may notice a recurring face – Spike the Bee. Disney has been utilizing this old friend since 2018 when he was given his own scavenger hunt game for the Flower and Garden Festival. Spike again returned during the 2020 Festival (before the forced COVID-19 shut down) in a big way. Much like Figment during the Food and Wine Festivals, Disney has made Spike an unofficial mascot of Flower and Garden, which means merchandise of course!

Before the closure of Walt Disney World, two of the biggest merchandise items involved Spike: a reusable eating utensil and a Spike sipper. Spike has quickly become a favorite among festival-goers, but not many people know Spike’s story or his place in Disney history.

Spike the Bee – The Early Days

Spike the Bee, first appeared as Buzz Buzz in several shorts during the 1940s. Spike’s first notable appearance was in the 1948 short, Inferior Dictator. Though some claim Spike’s first appearance was in 1940 during the Window Cleaner short, multiple sources online have determined this to be false due to the drastic differences in the look/sound of the bee used, but this character very well could have served as the inspiration behind Spike). Spike’s appearances have even been as recently as 2017, in the new Mickey Mouse short Bee Inspired.

During his features, Spike was usually seen bothering Donald Duck. Donald and Spike shared the same animation director, which allowed the characters to work so well together. During the development of Spike the Bee, there were three main people credited with the creation of Spike. The first was Jack Hannah. Hannah, who was a director and animator with Disney, has been credited with a number of Donald Duck and Chip ‘n’ Dale shorts (among others). Next, Bill Justice provided the design of Spike which worked well in all of the shorts alongside other characters the team worked on together. Justice also helped in the design and development of Chip ‘n’ Dale along with Hannah and Jimmy MacDonald. Lastly, there was MacDonald who gave the voice (sound effects) for Spike. Spike was created to purposely pester Donald and bring out some of his iconic characteristics.

Throughout the 1940s and 1950s, Spike the Bee made several appearances. As the decades went on, full-length features became the focus of the studio, and consumer desire for Disney shorts waned. Spike made his first re-appearance in 1989, sort of…During one episode of Chip ‘n’ Dale: Rescue Rangers (Risky Beesness), several bees that look very similar to the 1940s style Spike the Bee appear. Although no reference to Spike is made directly, it’s apparent the bees were purposely created to look like Spike.

Spike the Bee – The Flower and Garden Festival

Spike again made his return to the screen in 2017, when he was featured in the new Mickey Mouse short, Bee Inspired. A year later, Imagineers at EPCOT created “Spike’s Pollen Nation Exploration” for the 2018 EPCOT International Flower and Garden Festival. The exploration was a scavenger hunt that guests could purchase. Guests would receive a map that would take them around EPCOT in search of hidden Spikes. The hidden bees would be located in all the garden areas around Future World and World Showcase. The map would allow guests to track how many Spikes they found, and once all were completed, you would receive a prize. During the 2020 Festival, which was cut short because of the COVID-19 pandemic, the prize was a plastic cup featuring Spike, Donald, Orange Bird, Mickey, or Minnie. The scavenger hunt was a great way to guarantee guests saw all of the garden areas, and it was so popular during the 2017 festival that it. was determined that the scavenger hunt would again be a feature of the festival in the following years.

2020 looked like it was going to be Spike’s year. He had his scavenger hunt back, the Annual Passholder magnet featured him and Donald, and there were several key merchandise pieces that featured the bee. One of the biggest hits, in the few days that the festival was able to be held, was a Spike the Bee reusable spork. The spork was an awesome keepsake that featured Spike on one end and a fork/spoon utensil on the other. The souvenir promoted sustainability, cut down on waste for the park, and was a cool souvenir for those that purchased it (plus you could use it right away!). Instagram and Twitter feeds were filled with festival-goers using the Spike utensil. There weren’t many marketing pieces that didn’t feature Spike. It became clear that Imagineers liked the feedback they received from using Spike in years past and wanted to make sure they kept using the lovable bee.

Recently, EPCOT’s festival gave rebirth to a few characters that had basically disappeared from the company. The first being Orange Bird, the next was everyone’s favorite purple creature, Figment, and most recently was the reintroduction of Spike the Bee. It appeared between marketing material and merchandise, Spike was going to be the face of Flower and Garden. Although the 2020 festival will go down as one of the most unique festivals EPCOT has held, it’s apparent Spike the Bee is here to stay.

Are you a fan of Disney’s Spike the Bee?