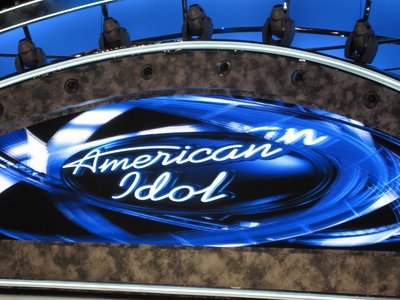 Disney’s Hollywood Studios theme park is home to many awesome attractions. While there you can visit movie sets, the Indiana Jones Stunt Spectacular, the American Film Institute’s showcase, ride on the Rock n roller coaster, and learn about how Disney characters come to life at the Magic of Disney Animation attraction. While all of those are memorable and fun attractions, there is only one Disney attraction that actually has the potential to propel you to stardom: The American Idol Experience.

Yes, The American Idol Experience is largely for fun, but if you are voted the best singer, you could be on your way to hearing the words “you’re going to Hollywood!”

Many fans of the American Idol show have dreamed about sitting in the audience and watching their favorite contestants perform. Some fans surely wonder what it would be like to be able to serve as a judge on the show while others wish they had the chance to try and persuade the judges – and the voters – that they are the best singers. When you visit The American Idol Experience, you will be able to do all of that!

The American Idol Experience gives you a chance to get on stage.

Everyone who visits The American Idol Experience will be able to sit in the audience and watch the contestants perform. The stage and set looks just like the one that you see on television and great care was taken to ensure that the experience is as authentic as possible. You will sit among the flashing lights and watch as the talented performers vie for your vote. It is just like being at the television show with all of the drama and excitement!

As an audience member, you will have the chance not only to watch, but to help your favorites move forward toward their goal of being named the best singer of the day! You will vote from your seat using a touch pad, much in the same way that you would vote from home if you were watching the show. This means that you have a real impact on the outcome of the contest, and in helping make someone else’s dreams come true.

You will really be a part of the process rather than just an observer of the show which will make the experience much more memorable.

If you have always enjoyed singing in front of a crowd, then you really cannot miss this attraction. When you visit The American Idol Experience, it is your chance to sing at Walt Disney World. Just imagine, it could be you on the stage, entertaining the crowd and convincing them through your performance why you deserve their vote.

If you have ever dreamed of being on American Idol, this could be your chance to live out your dream! As mentioned above, it could also be the first step in your shot at stardom. That is because the person who is voted the best singer by the audience at the finale show at the end of the day will earn a Dream Ticket which allows you to audition for the REAL American Idol. Your trip to Disney World could change your life!

Even if you do not win, you will have had the chance to sing on the same stage as Carrie Underwood and Rueben Studdard. Both of those Idol celebrities, along with several others, performed here during the grand opening celebration of the attraction.

There are some restrictions concerning the Dream Ticket, which will be explained below.

Who Can Visit this Attraction?

This attraction is a lot of fun for the whole family. All ages are welcome to sit and watch the show. You must be at least 14 years old to audition to be one of the singers.

Anyone who is at least 14 years old may audition. However, there are a limited number of audition slots, and only so many guests can audition on a given day. There are some days when there are more people who want to audition than there are slots. In that case, the auditions are handled on a first come, first served basis. If you are interested in performing, but sure to head to the audition area fist thing in the morning when you arrive at Disney’s Hollywood Studios.

Who Is Eligible to Use the Dream Ticket?

For those with dreams of a career as a singer, what they probably most want to know is how that Dream Ticket works. The winner of the Dream Ticket will have the chance to audition for a representative from the American Idol television show if they meet certain requirements. Because the American Idol show sets its own rules about who is eligible to participate, Disney World has no say over who is or who is not able to perform for their representative. That being said, even if you are not eligible for the show, you are still more than welcome to participate in The American Idol Experience. To use a Dream Ticket:

A Fun Show For The Whole Family

Even if you are not a fan of the television show, The American Idol Experience is a fun, high energy show. It is inside, so it gives you a chance to relax in an air conditioned theater before heading back into the park for more rides and other types of attractions.

Another great thing about this show is that it is fun for the whole family. Sometimes families with older kids or teens tend to split up during some of their time at Walt Disney World Resort, because some of the rides and attractions are not appropriate for the whole family. The American Idol Experience, however, is the perfect chance for the entire family to meet up and do something together.

Of course, it’s a lot of fun to listen to the singers, vote for your favorites or, if you are so inclined, perform for others. Be sure to schedule time to visit this extremely popular and fun attraction during your next visit to Disney World Resort.