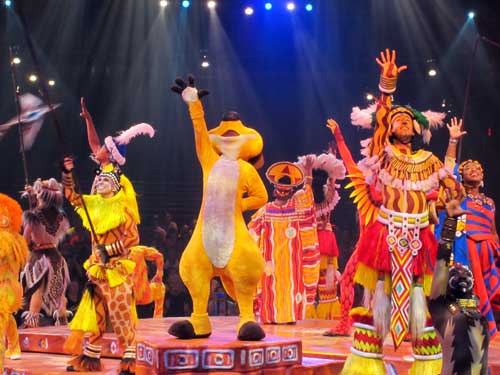 Ten Things You Need to Know About Animal Kingdom

Disney’s Animal Kingdom theme park isn’t like the others.

Yes, there are some rides, restaurants, shows, etc., but Animal Kingdom offers something that the other parks just can’t. It has a different design and a different feeling.  You feel it as soon as you enter the park.

Because this park is a little different, there are some things you need to know before visiting. Let’s take a look!

I know. You’re probably thinking, “Thanks for stating the obvious!”, but I’m serious here. Sure, Florida is almost always hot, but even seasoned Disney pros say Animal Kingdom is the hottest park. Why? Because it’s huge and there are few places to escape the heat.

Most of the queues and attractions are outdoors including Kilimanjaro Safaris, Expedition Everest, The Boneyard playground, Kali River Rapids, Primeval Whirl, and Pangani Forest, so there’s little opportunity to even briefly cool down.

When you need to cool down, find an indoor attraction or show like Dinosaur, It’s Tough to be a Bug, Festival of the Lion King, Finding Nemo – The Musical, or one of the many shops and restaurants.

Also, be sure to bring sunscreen and apply it regularly. Workout clothes are best to keep you cool because that’s what they were designed to do. Drink plenty of water, take regular breaks, and plan your steps so you’re not backtracking in this huge and spacious park.

9. Kali River Rapids will get you wet.

Kali River Rapids in the Asia section of the park is a great place to cool down because you will most likely leave the ride absolutely drenched. It’s best to wear clothes that dry out easily or bring a change of clothes. You can also purchase a poncho for your ride or bring one from home. Keep your feet on the footrest because the center of the raft floods during your trip, and nobody likes wet sneakers!

It’s one thing to keep yourself dry, but in the age of technology, it’s a completely other thing to keep your tech dry. Plastic bags work well for this. Just make sure they’re zipped tight. If you don’t want to risk it, consider renting a locker just outside the ride. They’re reserved only for riders and are on a first come, first served basis.

8. There are no plastic straws or lids

Since plastic can be harmful to the animals in the park, no drinks come with them – and few places even provide lids. There are thick paper straws available, but some people would rather forgo the straw all together than have the weird taste and texture. Even Starbucks got in on the action by providing green paper straws rather than their famous green plastic ones.

This is one area where Animal Kingdom differs from the other parks. Whereas Magic Kingdom has Main Street and Disney’s Hollywood Studios has Hollywood Boulevard both beckoning you down a concrete path to the park’s hub, Animal Kingdom doesn’t have this. You’ll enter at The Oasis from which there are many paths to the centerpiece of the park – The Tree of Life. These paths are thick and lush with greenery, exhibits, and some hidden seating areas. The Wildlife Trails like Discovery Island and Maharajah Jungle Trek blend in with the scenery and are easily missed if you don’t know they’re there.

This self-guided discovery is void of fanfare and choreographed shows. If you choose to explore each of the trails and discover all that they have to offer, you’ll see some amazing views and animals!

6. You’ll be immersed in the cultures

There are two key locales represented in Animal Kingdom: Anandapur, Asia and Harambe, Africa. Each one is a community in and of itself offering authentic entertainment, culture, traditions, and food. As always, Disney did a great job with the details and historical accuracy in each of these sections.

5. You can see rare characters

Although you’ll likely come across Mickey, Minnie, Donald, Pluto, and Goofy all dressed in their finest safari attire, you’ll also see some harder to find characters here frankly because they just don’t fit in in the other parks. Pocahantas, Tarzan, Flik, Russell and Dug, and Baloo and King Louie are sometimes stationed throughout the park for meet and greets and character dining opportunities.

4. Save your FastPass Plus Reservation

FastPasses are coveted pieces of heaven in a park that is huge and has few attractions. Don’t waste them on shows! The theaters for each of the stage shows are massive, so you’ll likely not have any wait at all. In fact, the only wait time you’ll have may be for the show to end before you can go in. Instead, use your FP+ on Kilimanjaro Safaris,  Expedition Everest, and the Pandora attractions where lines can get very long.

Dinosaur in Animal Kingdom’s Dinoland USA is a dark ride, but it is neither calm nor slow moving. The story goes that you’re on a time rover blasting back in time to save a specific dinosaur from extinction. In the process, you come in shockingly close proximity to very real looking dinosaur animatronics as you twist and turn rapidly through time. If you are prone to motion sickness or if you have young, impressionable children, this ride might be too much for you and them.

I made the mistake the first couple times that I visited Animal Kingdom, and I’ll never do it again. This educational avian show features such birds as the Great Horned Owl, Macaws, Harris Hawk, and the Bald Eagle. It’s funny, informative, and a little kitschy, but it really is a great show. The open-air amphitheater is also a great place to cool down!

The first time I visited Animal Kingdom, I didn’t even know DiVine existed. The second time I went, I wasn’t too concerned with finding her because I was interested in other things. The next time, I found her and she was amazing. Now, I never miss the chance to see her.

DiVine is a street performer on stilts dressed head to toe in foliage and vines. Her face and body are painted, and she blends into the landscape. In fact, you don’t even know she’s there until she moves or brushes you with her leafy tendril.

She can often be found in on the trail between Africa and Asia, but she sometimes appears in The Oasis. Last time I visited Animal Kingdom, she was just inside the entrance. If you can’t find her, ask a Cast Member when and where she will be. It sounds so simple, but you’ll be amazed with how wonderful she really is!

Are you an Animal Kingdom fan?