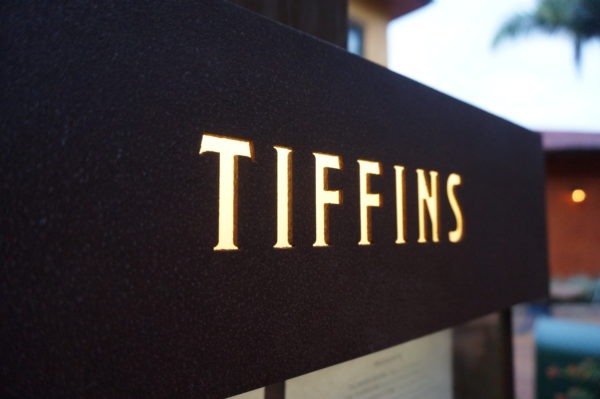 The food in Disney World is an attraction in and of itself. While you’ll find some typical theme park foods like hamburgers and hot dogs, you’ll also be treated to some of the most unique and delicious food you’ve ever put in your mouth.

Chef Art Smith’s Homecomin’ in Disney Springs will have you reminiscing about your mom or grandmother’s home cooked meals. The menu includes comfort foods with Florida flavors sourced from local farms, ranches, and fisheries.

Whether you sit inside with the open kitchen or outside on the screened-in porch overlooking the springs, you’ll enjoy appetizers and entrees including Art’s famous fried chicken.

Nearby is the Southern Shine Bar, which serves cocktails including the signature moonshine concoctions.

If you’d like to check out Chef Art’s, you can make and Advanced Dining Reservation on MyDisneyExperience.

The California Grill is located on the 15th floor of Disney’s Contemporary Hotel and is only accessible by a private elevator. This restaurant isn’t new, but it has recently been reimagined in the past few years. If your last visit was a while ago, you’ll want to check this out on your next vacation!

This award-winning restaurant serves Pacific style cuisine from an onstage kitchen. The food is fresh, seasonal, and uniquely prepared. You can chat with the chefs while they’re preparing your meal, and they can even suggest wine pairings from over 300 wines.

For a really cool experience, check out the Sunday Brunch at the Top complete with live music and amazing views of Magic Kingdom. The Bloody Mary bar is a neat experience during brunch for the over 21 crowd.

Planet Hollywood has been a staple in Downtown Disney for years, but the Disney Springs rebranding brings a flagship location called Planet Hollywood Observatory. Guy Fieri designed the menu, and although he uses some traditional bases like salads, burgers, and sandwiches, he brings his own flair to the actual ingredients.

Stargazers Lounge is on the lower level of the observatory where you’ll find signature drinks and craft beers.

Inside, there’s a 4,500 square food video wall with state of the art sound and media plus tons of Hollywood artifacts. It’s a special experience, so make a reservation to be sure you’ll get in!

Frontera Cocina is a Mexican-inspired restaurant led by Chef Rick Bayless. Like the other new Disney Springs restaurants, it’s open and airy with a patio feeling and an open kitchen.

Traditional Mexican cuisine gets a twist. Try Shrimp Enchiladas Suizas and Arroz con plantains. The real draw for this restaurant is the margaritas including the Blood Orange Jalapeño Margarita. They also serve Tequila flights.

If this sounds like somewhere you’d like to visit, be sure to make an Advanced Dining Reservation on your MyDisneyExperience app.

Paddlefish is a re-theming of the former Fulton’s Crab House in Disney Springs. It looks like a paddleboat complete with a rooftop bar serving drinks and appetizers.

This is the only place on property that you can build your own crab boil, but you’ll also find fresh fish and steak plus a Sunday Brunch.

Now, Trattoria al Forno has announced a Royal Couples Breakfast called Bon Voyage Adventure Breakfast. Guests will be joined by Rapunzel, Flynn Rider, Ariel, and Prince Eric. The menu is movie-themed and service typical breakfast items like pancakes, omelets, and scrambled eggs, and the characters will pose for photos and sign autographs.

The Disney resort hotels aren’t immune to new dining establishments either. Disney’s Wilderness Lodge Resort has recently received a Disney Vacation Club addition and a renovation of the rest of the resort.

Geyser Point Bar and Grill is part of that renovation. This quick-service location is located poolside and features an outdoor deck with scenic views, tables inside, and a walk-up window for ordering meals to go.

They’re open all day, and although they don’t accept ADRs, it is a great place to see the Electrical Water Pageant if you can get a seat.

Continuing the theme of historically themed restaurants, The Edison will open in Disney Springs sometime this spring. The American restaurant will serve craft cocktails in an industrially themed setting of a 1920s electric company.

Inside, there are six rooms: Ember Parlour, Telegraph Lounge, The Patent Office, The Tesla Lounge, The Radio Room, and The Lab, which will feature live entertainment like a DJ and contortionists. Outside, there’s a waterfront patio!

Despite the way some of these rooms sound, it will be a sophisticated atmosphere with 35ft high ceilings and will be a lot its sister location in Los Angeles.

Tiffins has been open for about a year, and was set to coincide with the opening of the huge expansion in Disney’s Animal Kingdom including Rivers of Light and Pandora – The Land of Avatar.

This five-star restaurant serves fresh seafood dishes like crispy yellowtail snapper and marinated grilled octopus for lunch and dinner. They also have kid-friendly dishes like pan-seared sustainable fish and black-eyed pea fritters. Inside, you’ll find exotic artwork. Nearby is the Nomad Lounge.

If you’d like to try out Tiffins, you can find it at the entrance to Pandora.

Tiffins is also part of the Rivers of Light Dining Package which includes lunch or dinner at the restaurant plus a non-alcoholic beverage and premium seating for the show. The cost for this package is $67 for adults and $26 for children aged 3 to 9.

Jungle Skipper Canteen is located in Magic Kingdom’s Adventureland and is a continuation of the Jungle Cruise attraction. It’s also been around for a while, but it’s still relatively new.

The story is that the same skippers who guide you down the rivers of the Jungle Cruise have opened up their kitchens including the Crew’s Colonial-Era Mess Hall, The Jungle Room, and Dr. Albert Falls’ Family Parlor, and SEA Room, which is the secret meeting place for the Society of Explorers and Adventurers.

Skipper Canteen is a quick-service restaurant open for lunch and dinner. While you can’t make Advanced Dining Reservations, you can make reservations on the day you plan to dine, so it’s easier to get a table here than other quick-service locations in Disney World.

Have you tried any of the new Disney restaurants recently?