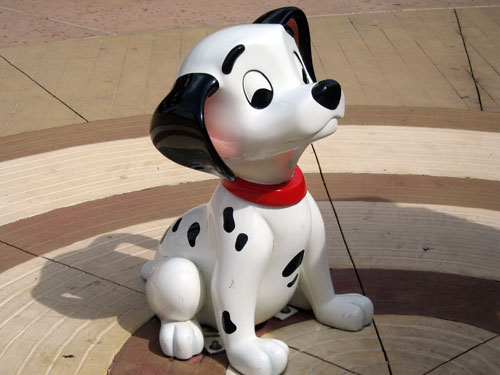 Take Your Dog to the Magic Kingdom? Now You Can!

Pets are not allowed in the resort hotels, theme parks, or busses at Walt Disney World – no exception allowed.

Actually, there are two minor exceptions. One is for service animals, which typically act as guides for the blind. The other exception is a series of pet-friendly campsites at Disney’s Fort Wilderness Resort. This is part of the reason why Disney offers Best Friends Pet Care, a place where your pampered pet can enjoy day care or an overnight stay.

However, for one day only, Disney will make a huge exception to the “no pets” rule and will allow pre-selected guests and their dogs into the Magic Kingdom.

Yes, you heard right: Disney will allow dogs into the Magic Kingdom.

Here is how it will work as part of the “Disney Side Dog’s Day” promotion.

If you want to take your pooch into the Magic Kingdom with you, you need to send a picture of your dog in a costume. Yes, a costume. Send it to WDW.BlogMeetUps@disney.com.

Include your name and your pet’s medical documents.

Would you like to take your dog into the Magic Kingdom?

On Saturday, August 30, pre-selected pets and their owners need to arrive at 5:45 am at the parking lot of Disney’s Contemporary Resort. The actual event will begin at 7:00 am.

Dogs and their owners will get to walk the “green carpet” down Main Street USA, which will be complete with fire hydrants. Fido can take place in a doggie dance party, if he is so inclined, and then will be able to enjoy a special walk around parts of the Magic Kingdom. Disney will also offer breakfast.

A crew from the Animal Planet show “America’s Cutest Pet” will film dogs for a special edition of the TV show that will premier in October. Participation in the TV show filming is optional.

Ready to pack Fifi into the car? Here are a few things to consider.

You must be 18 or older to sign up, although you can bring a guest who is less than 18 years of age.

Disney will select winners and will notify them by e-mail before the event. This means that not everyone who wants to attend will be able to do so.

If you want to give this a shot, dress up your doggie in a fun way that compliments Disney, its style, and its characters. Be creative, tasteful, and family-friendly. No logos or objectionable costumes.

You can find the official rules here:

Disney will select 101 winners (get the Disney movie reference?) who will enjoy the Magic Kingdom until 8:30 am. Sadly, Rover won’t get to take a trip on Pirates Of The Caribbean so that he can see one of the most famous theme-parks dog in the world (the dog in the scene near the end of the attraction who hold the jailhouse keys in his mouth).

Would you like to take your dog to the Magic Kingdom?