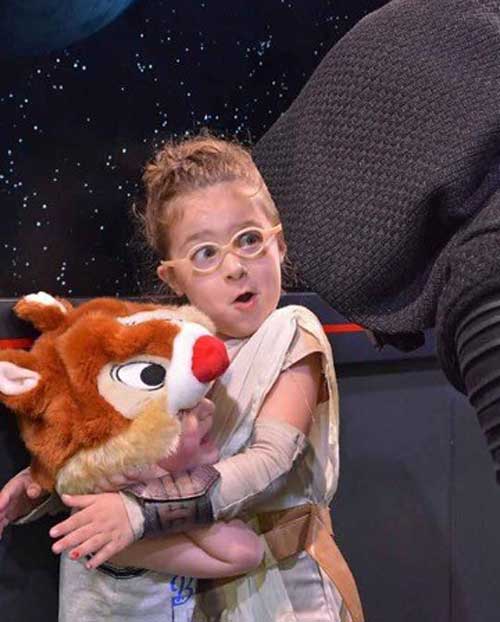 By now you’ve heard the news, Disney’s Hollywood Studios is in the middle of a massive overhaul.

Gone are longtime staples like the Streets of America, Catastrophe Canyon, and the Studio Catering Company. The lands of Star Wars and Toy Story are coming in the (not so?) distant future, but right now we’re left with a lot of construction walls and long lines for the attractions that are still up and running.

Here’s the thing though: there’s still PLENTY to experience in the park formerly known by many simply as MGM.

Disney’s Hollywood Studios has always had some of the best shows anywhere on Disney property, and these days are certainly no different. Guests can still swim with Ariel in the Voyage of the Little Mermaid, go on an adventure with Indiana Jones in his Epic Stunt Spectacular, and sing along with Belle over at Beauty and the Beast: Live on Stage.

If you’re not a little over the phenomenon that is Frozen, the Frozen Sing Along Celebration is an awesome way to spend a little bit of your day in the Studios! I know when I’m sitting in that (air-conditioned!) theater, I’m singing my heart out along with everyone else to the awesome songs of the movie!

And, if you have little ones (or even if not, I’m not here to judge!) stop on over at the Disney Junior: Live on Stage show over in the Animation Courtyard. The show features four of the Disney Junior shows and is a lot of fun for toddlers and parents alike!

Yes, Pizza Planet has been shuttered forever. While that might be a bummer, there are still a lot of different, really fun dining experiences in Disney’s Hollywood Studios.

The 50’s Prime Time Cafe continues to be one of the most entertaining meals in Walt Disney World while offering a little bit of almost home-cooked comfort food, something you don’t often get in a theme park. The Sci-Fi Dine-In is just as great as ever and if you have yet to experience it, make sure to make reservations 180 days out as this is one of the ones that fills up kind of fast (or just contact me and I’ll do that for you…yes, a shameless plug!)

As I mentioned before, Star Wars is coming to the Studios in a big way, but the Force already has a pretty significant presence in the park today.

Star Tours: The Adventures Continue is better than it’s ever been with scenes from the newest movie now a regular part of the rotation on that attraction, so you get to spend a little bit of time with Finn & BB-8 while in the park. Star Wars Launch Bay takes the Star Wars experience up a notch with fantastic Meet & Greets with Chewbacca and everyone’s favorite new bad guy, Kylo Ren.

If that’s not enough there are several Storm Troopers patrolling parts of the park, Storm Trooper marches led by Captain Phasma, and a Star Wars stage show that takes place several times a day in front of the Chinese Theater.

Oh, and don’t forget the Symphony in the Stars Fireworks Show, a Star Wars-themed display that runs most nights to close out an amazing day in the parks!

Disney’s Hollywood Studios is going to have a lot more moving attractions once the re-theming is complete, but that doesn’t mean there aren’t still some great attractions in the park.

Toy Story Midway Mania continues it’s amazing popularity and packs guests in each and every day. It’s not uncommon for a 90 to 120 minute wait for this one, so this is a good choice for a FastPass+ reservation either 60 or 30 days before your trip begins!

Hollywood Studios is also home to two of the most popular attractions Walt Disney World’s ever had in Rock ’N’ roller coaster Starring Aerosmith and the Twilight Zone Tower of Terror. Both attractions are just as good today as they were when they opened in the ’90s and they are a couple of other great options for your FastPass+ reservations.

And even though it’s been in operation since the park opened in 1989, The Great Movie Ride consistently delivers one of the most immersive attraction experiences anywhere in Walt Disney World!

Now, you might be saying this whole article is kind of an advertisement for the park, and in that case, you’re correct! I really want you to go and spend the day in this park because of the tons of things that are still there to do!

I recently went to Walt Disney World with my family and my kids had their best day of our weeklong trip at Disney’s Hollywood Studios! So make your dining reservations, your FastPass+ reservations, and have a great time on your next visit to this fantastic park!

Given recent closures, is Hollywood Studios still on your list of parks to visit?