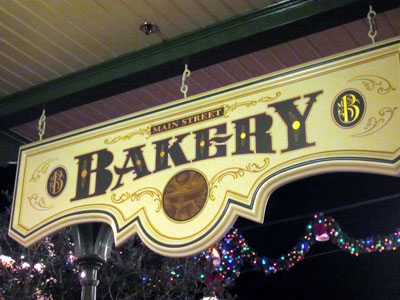 It seems that we Disney fans can be a polarized group. Some of us think that everything Disney does is awesome and magical by definition, while others of us think that Disney is going to the dogs – and fast. Like so many things in life, the reality is probably somewhere in the middle.

Back in July Disney put the first Starbucks location in one of its US theme parks –in California. And recently Disney announced plans to put two locations in at Walt Disney World – the first on Main Street USA in the Magic Kingdom and another in Fountain View ice cream store in Epcot‘s Future World.

So far, it seems that the reaction to the move on Main Street USA has been strong and negative. Let’s take a step back and look at three considerations:

I think we can give Disney some credit for how it installed their first Starbucks location in Disneyland – specifically on Buena Vista Street in Disney’s California Adventure. They didn’t simply throw up a typical Starbucks interior and hang up a big green plastic sign outside. Instead, they called the store Fidler, Fifer, & Practical Café – a Disney name for a Disney store themed to the immersive Disney environment, but with some Starbucks menu items.

We are likely to see a similar experience in the Magic Kingdom. Disney has already announced that the Main Street Bakery will continue to serve Disney-prepared food. It seems likely that some of the old Disney items will be cut to make way for the new Starbucks items. From the times I’ve been in the store, it seems they sell a huge number of cinnamon rolls, for example, so those may well stick around.

Some people will argue that dropping a Starbucks onto Main Street will ruin the ambiance, the atmosphere that exists today. They will say that a mega-chain store doesn’t belong in a time and place where small shops ruled the world.

Have you walked down Main Street lately? Casey’s Corner is sponsored by Coca-Cola. The Plaza Ice Cream Parlor is sponsored by Edy’s. The Emporium carries all kinds of merchandise made by dozens of different companies from all around the world.

Many people across the internet and across the world have complained, for years, about how awful the coffee is at Disney World (Source). I’m not a coffee drinker, so I can’t offer a personal opinion. But the idea that Disney’s coffee is bad seems to be one of those comments I hear so often that I tend to believe it.

So how can Disney solve that? It seems that bringing in a partner like Starbucks is smart. Not everyone loves Starbucks, but many US coffee drinkers like it. Just like Disney serves Dole Whip and Coca Cola and Heinz ketchup, they will now serve Starbucks coffee.

What do you think about a Starbucks on Main Street USA?