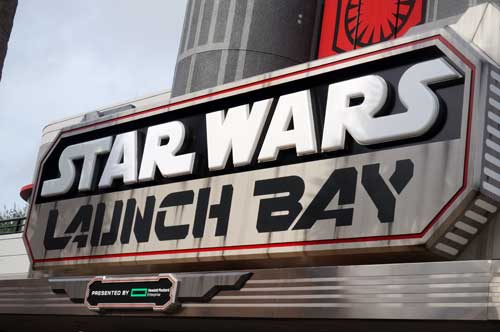 Attention Star Wars fans: a new experience has opened in the park where, recently, things seem to only close: Disney’s Hollywood Studios. We’ve lost The American Idol Experience, the Backlot tour, the American Film Institute Showcase, and Legend of Jack Sparrow, but now we have gained something new: the Star Wars Launch Bay. The Launch Bay is located in the home of the former Magic of Disney Animation.

The Star Wars Launch Bay is a walk-through attraction that opened on Tuesday, December 1, 2015.

It offers guests a chance to check out plenty of Star Wars props and memorabilia, as well as view a film about Star Wars history and future. There is an opportunity to meet Darth Vader and Chewbacca.

As is fitting for a Disney attraction, the experience ends in a gift shop where you can purchase all things Star Wars, from t-shirts to a storm trooper statue which will set you back $9,000 (no returned allowed).

Are you excited to see the new Star Wars Launch Bay in the Studios?