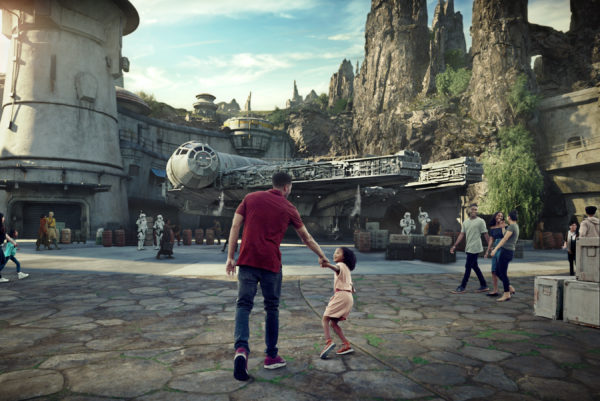 Disney has announced opening dates for the new Star Wars lands in both Disneyland and Disney World.

We have been awaiting an opening date announcement for Star Wars: Galaxy’s Edge in Disney’s Hollywood Studios since the land was announced.

But there’s a catch for west coast fans:  Galaxy’s Edge will be opening in phases in Disneyland. The first phase will see the opening on Millennium Falcon: Smugglers Run. You’ll also be able to visit merchant shops and dining establishments.  Phase two will open later this year. It will include the highly anticipated Star Wars: Rise of the Resistance.

Disneyland access to the land will require reservations, but Disney World will not offer them.

Disney is warning that capacity will be limited.  Expect massive crowds. Galaxy’s Edge will be open during regularly scheduled Extra Magic Hours, though.