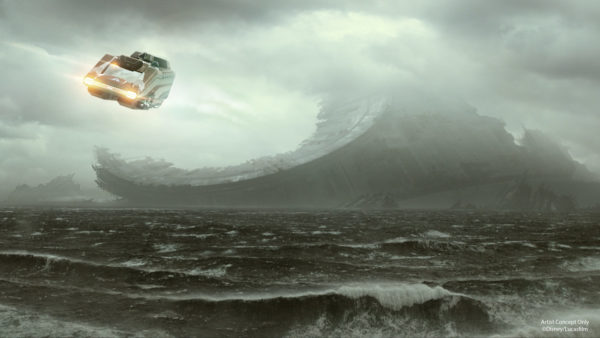 Disney and Star Wars go way back to 1987 when the first edition of the attraction opened in Disneyland.

Since then, there have been several updates to the attraction as the films have evolved. The last one was in 2017 when Disney added scenes from Crait and Batuu.

The updates continue as Disney will add a new scene from “Rise of the Resistance” to the global set of Star Tours attractions, including those in Disneyland, Disney’s Hollywood Studios, Disneyland Paris, and Tokyo Disney Resort.

Star Tours will visit the ocean moon of Kef Bir, which makes an appearance in the final film of Star Wars story.