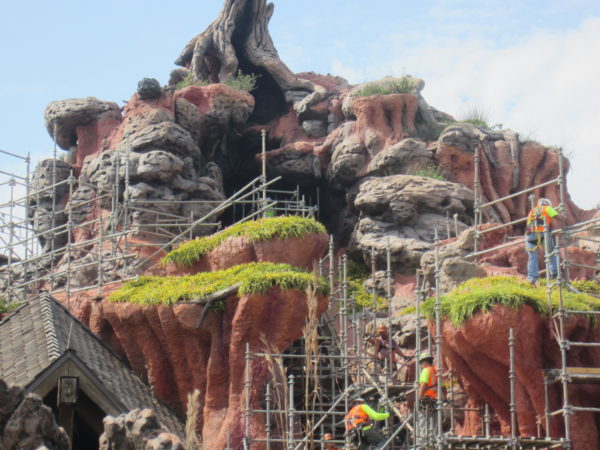 What to Expect from the Splash Mountain Refurbishment: August – November, 2017

Splash Mountain opened in Magic Kingdom‘s Frontierland in 1992. The log flume dark ride is present in three Disney theme parks in the world, including Disneyland and Tokyo Disneyland. While they are all a bit different, each one is themed for the 1946 Song of the South movie. They all end in a big drop into a briar patch.

Splash Mountain in Disney World is typically refurbished annually starting in January and lasting anywhere from a couple weeks to a couple months.

In 2017, Splash Mountain will close on August 28th and it won’t reopen until November 16th if all goes as planned. This is the longest that Splash Mountain has ever been closed for refurbishment, and it’s odd timing to close the attraction at the end of summertime, when guests could really use a cool off.

So why is Splash Mountain closing at this time and what can we expect when it finally reopens?

Let’s take a look at some options.

Some people have suggested that Splash Mountain will get a total re-theming during its nearly three month hiatus.

Some say a new theme could involve Stitch especially since Stitch’s Great Escape over in Tomorrowland is closing permanently. This seems unlikely since a few months would not be enough to completely change the attraction.  Plus – Stitch in Frontierland?

Regardless of what the “re-theming” rumor is, it’s unlikely that Splash Mountain will be changing the theming very extensively.

Splash Mountain often commands long wait times especially during the hottest times of the year. Much of the queue is outside, and the little shade can’t make up for the highest temperatures.

Adding an interactive queue would make sense. It would keep guests entertained while they wait in the heat making it a bit more “bearable” (pun intended!). If the interactive queue involved water features, that would help even more!

Whether or not any re-theming is done or an interactive queue is added, it is undeniable that Splash Mountain will get some much-needed TLC. The ride stops often – dare I say more often than many others. Anyone that has ever gotten stuck under a waterfall at the end of the attraction knows this is true.

Perhaps Disney is replacing the track, the boats, or re-calibrating the whole system.

Whatever they do, let’s hope they will address some of the basic operational stability issues that have plagued this attraction for a long time.

Splash Mountain refurbishment August-November.  What would you like to see?  Will you be impacted?