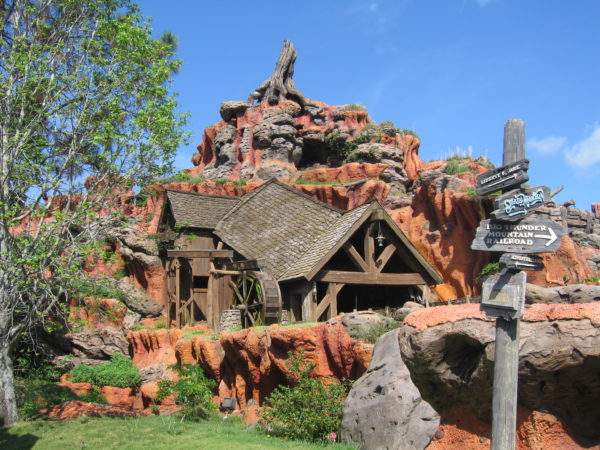 Splash Mountain will look a bit different once the overhaul starts!

Recent Splash Mountain Operational Issues: Another Reason For A Change?

On June 25, 2020, The Walt Disney Parks announced that a complete theming overhaul of the Splash Mountains was coming to both Walt Disney World and Disneyland.

The current theme of the attraction at both locations is centered around Br’er Rabbit, Br’er Bear, and Br’er Fox, characters from the controversial Disney film Song of the South (a film now banned on Disney+ and barred from release on home video).

In an effort to make the Parks more inclusive, Disney made the decision to change the intellectual property used in the attraction. Once the attraction’s overhaul is complete, Splash Mountain will be based around Disney’s 2009 film, The Princess and the Frog. The re-themed attraction will now bring guests to New Orleans where they will join Tiana and her friends for a journey around the otherside.

With the exception of one concept art photo, no real information has been given about when to expect the changes coming to Splash Mountain. Some online sources believe that the overhaul will not happen before Walt Disney World’s 50th Anniversary celebration in 2021. Adding more fuel to that argument, when the Magic Kingdom re-opened on July 11, 2020 post COVID-19 closure, Splash Mountain was in full operation.

Unfortunately for guests and Cast Members, Splash Mountain (WDW) has recently had issues. When the downtime from these issues is accounted for, Splash Mountain has been closed for days. Below is a list of the issues and approximately how long each shutdown lasted.

Perhaps Disney wants to address both the theme of the attraction as well as the state of its mechanical systems?

Although not a major issue, long lines formed at the queue of the attraction and near the Briar Patch, Splash Mountain’s gift shop. The optics of this were questioned in a COVID-19 world.

Some guests took advantage of the rise in demand for Splash Mountain merchandise (with current theming) and purchased bags and bags of items. Many of these items later appeared on marketplace sites like Facebook and eBay. The high demand led to a virtual queue to enter the gift shop which was quickly filled.

Guests began expressing concerns that some streaming services did not allow the Splash Mountain Melody to be downloaded. At the time this post was written, the Melody was still able to be streamed via Spotify.

The Briar Patch Giftshop routinely sold out of all Splash Mountain themed merchandise early in the day. The Splash Mountain photo stations were also not available (possibly due to a COVID-19 protocol).

A viral video on the social media app TikTok shows a guest slipping and falling into the waters of Splash Mountain while making a possible evacuation during one of the attraction’s breakdowns.

At some point during Disney World’s opening day, Splash Mountain was temporarily shut down. Photos began to surface online which showed ride vehicles stuck near the top of the lift hill of the ride’s biggest drop.

After a brief closure/reopening on July 11, Splash Mountain again was shut down due to technical difficulties.

Splash Mountain was completely drained to address an unknown issue. The issue would cause the attraction to remain closed for three days.

The Briar Patch Giftshop appeared to be closed with black tarps hanging over the windows and the doors shut and locked.

In maybe the most concerning issue, guests on Splash Mountain had their ride vehicle take on water and partially sink. Some reports stated the guests were in water up to their chest before stepping outside of the vehicle. There were no injuries. The attraction reopened on August 4th.

Have you ever been stuck on a Disney attraction?