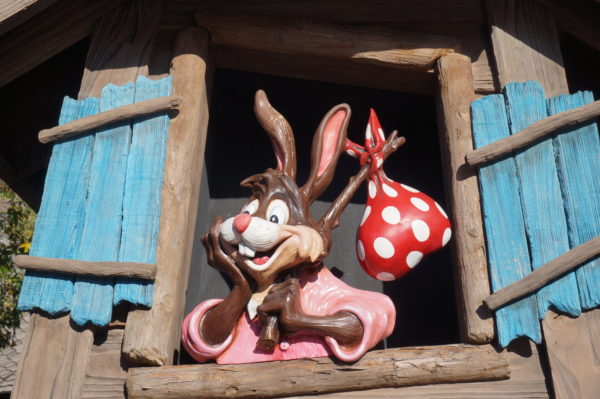 The History Of Splash Mountain And Song Of The South

Few Disney films have been more controversial than Song of the South, which is the foundation for the story of the Splash Mountain attractions in Disney Parks around the world.

Given Disney’s announcement to retheme Splash Mountain to Princess and the Frog, I thought it would be interesting to look back at the history behind Splash Mountain.

How did, arguably, the most controversial Disney film become the theme for such an attraction?

First, we need to start with the movie.

Song of the South

Song of the South was released in 1946 and portrays the South during the Reconstruction Era, which was a period of time after the Civil War and the abolition of slavery. The movie depicts outdated and stereotypical views of race.

The story follows a seven-year-old boy named Johnny who is visiting his grandmother’s plantation. When Johnny befriends Uncle Remus, a worker on the plantation, Remus tells him African American Folktales including “Br’er Rabbit Earns a Dollar a Minute.”  The story is about a rabbit who runs away from home – only to change his mind after encountering a fox and a bear, both of which are predators of rabbits.

While the story seems to explain to Johnny how slaves dealt with the difficulties of living on a plantation, it’s clear that this is a metaphor for slave resistance.  The underlying idea is that the story warns slaves (Rabbit) that if they run away from their plantation, they’ll be caught by the predators (oppressive whites).

The film did earn some acclaim including a 1948 Academy Award for Best Original Song for Zip-A-Dee-Doo-Dah. James Baskett, who played Uncle Remus, was the first African American man to win any kind of Oscar; he earned a special Academy Award “for his able and heart-warming characterization of Uncle Remus, friend, and storyteller to children…”

Interestingly, American Film Institute named Song of the South as one of the Greatest Movie Musicals in their 2006 release of 100 years… 100 songs.

More recently, the film has received criticism saying that it glorifies plantation life.  Bob Iger, the former Disney Company CEO, has said that it has no place in the modern company. To support that statement, Song of the South has never been released on home video in North America.  It hasn’t been released in theaters since 1986.  It is not – and probably never will – be on Disney+, Disney’s streaming service.

Now that we know a bit more about the movie, let’s look at the attractions it inspired.

In the 1980s, Disneyland was having some trouble attracting teenagers into the park.  While most of the rest of the park was well visited by kids and their families, Bear Country, and it’s only attraction – Country Bear Jamboree, was not.

Walt Disney Imagineering needed to solve the issue of this dead-end area.  They also wanted to attract more teens, a real focus for Michael Eisner, then Disney CEO.

Imagineers they decided they needed a thrill ride.

Eisner was so concerned about this that he brought his own son to the meeting where Walt Disney Imagineering presented the idea for the attraction.  Eisner only gave the “OK” to build it after his son approved the attraction, which would be a log flume ride with one big splash at the end.

Critics said that Disney attractions were better than such a simple thrill and wanted story to it. It was Tony Baxter’s idea to use the Song of the South movie as inspiration but they would remove the controversial elements including Uncle Remus and focus on the characters in Uncle Remus’s stories – Br’er Rabbit, Br’er Fox, and Br’er Bear. These characters were already walk-around characters, so they weren’t completely out of place.  The old south location of the movie generally fit into Bear Country as well.

The only challenge Eisner had was that he didn’t like the original name – Zip-A-Dee River Run.  He requested that the Imagineers change it to Splash Mountain, with the “Splash” being a nod to the 1984 movie with Tom Hanks, Daryl Hannah, and John Candy that Eisner wanted to promote.

The movie Splash didn’t have anything at all to do with Song of the South and the attraction, but it was an odd compromise that seemed to work for everyone.

During construction, America Sings, which celebrated the United States bicentennial, was marked for removal by 1983. Marc Davis, who designed these characters, also worked on Song of the South, so the style was similar. Disney is known for repurposing, and this was a big one! They took 100 animatronics from America Sings and moved them to Splash Mountain. While most characters don’t appear in the movie, they look like they belong there.

The final attraction cost $75 million dollars and removed Uncle Remus from the story focusing on animated characters only, which – at the time – seemed to remove most of the controversial elements out of the attraction.

The Future of Splash Mountain

To some, Splash Mountain is nothing more than a fun log flume attraction with some cool characters. Others cannot ignore the allusion to one of the most controversial movies in Disney history.

Splash Mountain has been a favorite attraction for Disney guests in Disneyland, Disney World, and Tokyo Disneyland. However, no attraction is safe from the passage of time.

Soon, new generations will get to experience the log flume ride with a new theme.

Splash Mountain has a complicated history.  Glad it will change?