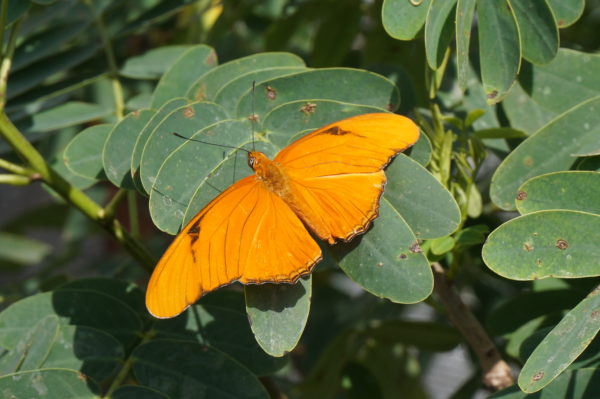 Ever since Walt discovered the land that would become Disney World, he knew that it was vital to preserve the delicate eco system of the area and he did everything he could to make that happen. Today, the Walt Disney Company continues to work towards not only preserving the environment but making it better.

To contribute to this goal, Disney is committed to reducing greenhouse gas emissions. They already have a 5 megawatt solar panel park (shaped like a huge Mickey Mouse head) near Epcot, and they just announced that they’re building another one – just two years after the first one opened.

The new solar panel park will be 50 megawatts set on 270 acres near Disney’s Animal Kingdom. It will consist of half a million solar panels, and Origis Energy USA has already delivered the first panels.

With 55 megawatts of solar panels, Disney expects to reduce greenhouse gas emissions by 50% by 2020. This project alone will reduce emissions by 57,000 tonnes per year, which is equal to removing 9300 cars from the road. The two solar panel areas are expected to provide 25% of the entire resort’s power needs.

Since Disney is still committed to doing the best for the environment, it’s not just greenhouse gases they’re worried about. Their “Reverse the Decline” initiative aims to save ten threatened species. Plants and animals call this area home, and Disney is working to make the solar park pollinator friendly. One threatened species is butterflies and bees, so the area will be safe and friendly for their needs.

Disney has partnered with Reedy Creek Improvement District and Origis Energy USA to make this project happen. Construction will begin in the next few months, and it’s expected to be completed by the end of the year.