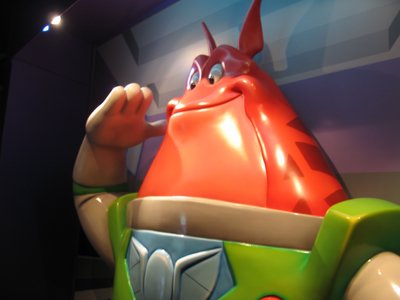 You see, when you pick up a FastPass it lists a time when you can return and ride the attraction with little or no wait.  Let’s say your FastPass time is between 2-3pm.  In the past, people would get their FastPasses and then would use them anytime after 2pm – say riding at 6pm, even through the window for use officially closed at 3pm.  Disney didn’t enforce the 3pm cut off time.  Beginning March 7, Disney World Cast Members will enforce the time block.  The official use period will be from five minutes before to fifteen minutes after the time listed on the ticket.  In our example, you could use your FastPass that has 2-3pm printed on it anytime between 1:55 and 3:15.

So why is Disney making this change now?  Most people, including writers at Jim Hill Media (Source) and The Disney Blog (Source) identify several different reasons.

The Potential For More FastPasses

Just as airlines typically overbook their flights, Disney understand that a certain percent of people who get a FastPass for an attraction will now show up.  In the current system, however, they still might show up later in the day.  This means that Disney most reserve an increasing number of slots for FastPasses later in the day.  With this change, Disney will know that once the time has expired for a FastPass it won’t have to be counted as a potential ticket to be used sometime later in the day, after its time.

The Preparation For xPass / NextGen

Disney announced the concept of the NextGen system, or as some call it xPass, some time ago.  They are investing heavily in this program – about $1 billion.  The specifics for NextGen haven’t been officially released to the public, and most available information is general.  The basic idea is that Disney wants to reduce the time guests spend waiting in line and increase the amount of data that both Disney and guests have so that guests have a better experience – and so that they aren’t overwhelmed with confusion and too-many-decisions that some people experience at Disney.  Some people even predict that the new NextGen system will allow guests to book not only their dining reservations in advance but also reserved FastPass times for shows and attractions – all months in advance.

By better enforcing the FastPass return times, Disney may be paving the way for the roll out of NextGen.

So when is NextGen going to happen?  There are no firm dates.  Jim Hill reports that there are different ideas inside the Disney Company.  People working on NextGen want more time to be sure that everything is ready and that the initial roll out creates a good impression.  On the other hand, others inside the company want o see some tangible benefits from the huge sums of money already invested, and they want to use the benefits of booking NextGen vacations – with the perk of advanced attraction booking – to put more heads in beds, or to get more people to book their vacations that include a stay at a Disney Resort Hotel.

Whenever it gets announced, it will be fascinating to learn about the details on how Disney will roll out NextGen.  I can easily see Disney selling more hotel room nights if they come with a perk to schedule reserved attraction times with less waiting in line.  But what about local visitors who come in for just a few hours?  Or what about people who chose not to stay on Disney property.

There are already special perks, like Extra Magic Hours with early and late park admission, available only to those staying at a Disney hotel.  It seems like more perks are on the way.