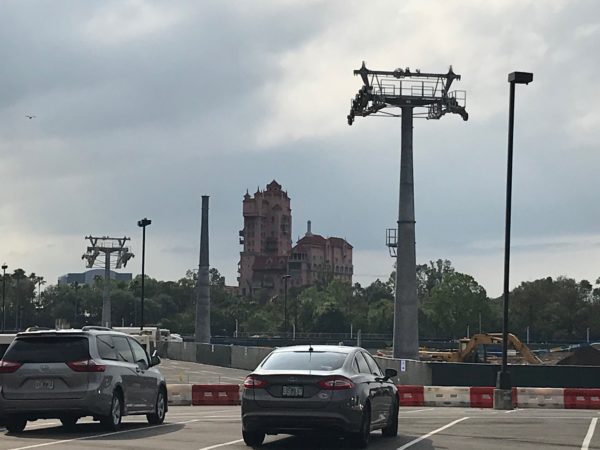 Construction walls have been up for sometime on the loading stations, and now we are starting to see the support towers spring up.

Several support towers now dot the parking lot of Disney’s Hollywood Studios, showing how the incoming gondolas will cross the parking lot and come into the load and unload station, not far from the bus loading zones and the park’s ticket counters.

Disney has not announced an opening date for the Skyliner, but many expect to see it in operation in the latter part of 2019.

Will you ride the Disney Skyliner gondola system when it opens?